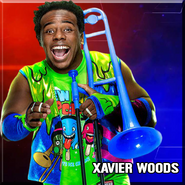 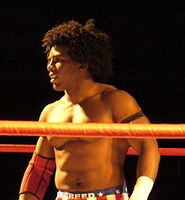 Austin Watson (born September 4, 1986) is an American professional wrestler. He is currently signed to WWE under the ring name Xavier Woods. Upon joining the company, he was assigned to its developmental territory Florida Championship Wrestling, where he won the promotion's Tag Team Championship once with Wes Brisco. Watson previously worked for Total Nonstop Action Wrestling as Consequences Creed, where he was a one time World Tag Team Champion with Jay Lethal as Lethal Consequences. Watson has also worked for NWA Anarchy and other independent promotions under the ring name Austin Creed. Woods is part of the faction The New Day.