World Wrestling All-Stars (WWA) was a professional wrestling promotion founded by Australian concert promoter Andrew McManus in 2001. The promotion was operated by McManus' International Touring Company. WWA was one of several promotions to come into existence shortly after the closings of Extreme Championship Wrestling (ECW) and World Championship Wrestling (WCW). The company was in existence from October 2001 to May 2003.

WWA recruited current TNA ring announcer Jeremy Borash as booker and head of talent for its shows. He also acted as ring announcer and commentator for their shows. Borash was recommended to the WWA by Vince Russo, who was not able to work with the company as originally planned. WWA focused on signing the wrestlers that did not get signed by the World Wrestling Federation (WWF) after the WWF-WCW merger. They aimed to fill the gap left by the demise of WCW and ECW and provide an alternative to WWF.

They also brought in relatively unknown wrestlers, many of whom went on to make names for themselves for other promotions like TNA. These included A.J. Styles, Christopher Daniels, Frankie Kazarian, Shark Boy, and Nathan Jones. Further big names like Kevin Nash, Scott Hall, and Randy Savage were scheduled to appear for WWA at some point but their appearances did not happen. The promotion had three in ring commissioners during its time, namely Bret Hart, Sid Vicious and Mike Sanders. 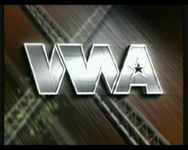 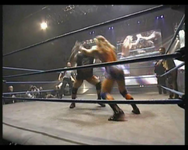 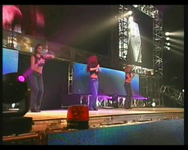 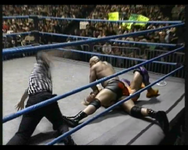 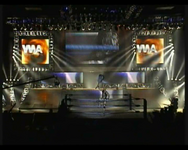 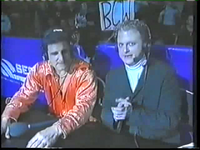 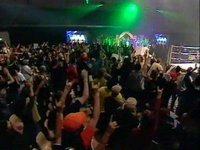 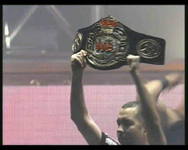 VACATED - October 26, 2001 - Title vacated by Commissioner Bret Hart to be made available for the Seven Deadly Sins tournament.

VACATED - October 2002 - Steiner was stripped of the title after signing with World Wrestling Entertainment.

Devon Storm defeated Danny Dominion in a tables match to win the title on October 25, 2001 in Wollongong, Australia. Title was then abandoned.