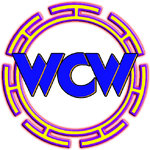 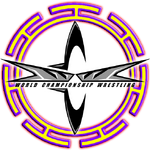 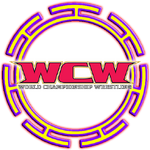 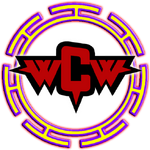 In the mid-1990s WCW improved its economic stability, largely due to the promotion of Eric Bischoff to Executive Producer, the hiring of former WWF main eventers, the introduction of WCW Monday Nitro and the resultant Monday Night Wars with the WWF, the formation of the New World Order, and other innovative concepts. The organization went on to eclipse the WWF in popularity throughout the United States during much of the latter half of the 1990s. However, numerous problems financially and creatively led to the company losing its lead. Its fall from grace and the various factors leading up to it have been heavily documented within the industry. Turner, and later Time Warner, owned WCW until 2001 when selected assets were purchased by the WWF. Since 2001, WCW images and video footage have been widely distributed in WWE media.

Two separate subsidiary companies exist as successors to WCW. WCW Inc. is the WWE subsidiary established in Delaware in late 2000 initially as W. Acquisition Company which holds the rights to the WCW video library and other intellectual property. The former WCW entity, which retained certain liabilities (such as guaranteed contracts with certain performers) not acquired by the WWF, was renamed back to the Universal Wrestling Corporation, and as of 2014 is still registered as an active Georgia-domiciled subsidiary of Time Warner. 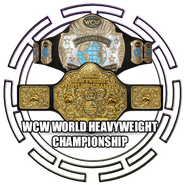 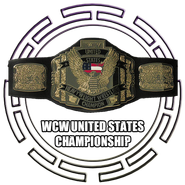 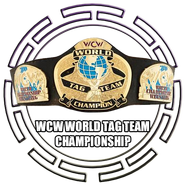 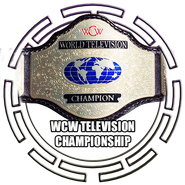 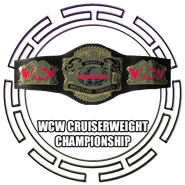 The name "World Championship Wrestling" was first used as a brand and television show in 1982. Jim Barnett, who had worked for the World Championship Wrestling promotion in Australia, came to Atlanta in the 1970s during an internal struggle over the NWA Georgia territory. Barnett wound up as the majority owner of the territory, and he wound up using the name for the territory's television program in 1982. The brand eventually passed on to Jim Crockett Promotions.

However, it was not until November 2, 1988 that an actual NWA-affiliated promotion called World Championship Wrestling appeared on the national scene, under the ownership of media mogul Ted Turner, based in Atlanta, Georgia. While initially the new company was called Universal Wrestling Corporation (launched on October 11, 1988), very shortly following the purchase the decision was made to utilize the familiar "World Championship Wrestling" name for the new promotion.

The company went through various changes in its leadership and booking during the following years. Some people, like Jim Herd and Kip Frey, were completely lacking in wrestling experience; others, like Bill Watts, Ole Anderson, and Dusty Rhodes had extensive wrestling experience, but were so entrenched in the old territorial methods of promotion that they were ineffective at building WCW's audience.

While Eric Bischoff has received much criticism for some of his mishandling while he acted as WCW Executive Producer (and later, WCW President), he combined an understanding of wrestling with a willingness to make changes that were needed in order to help WCW become more visible in the eyes of the media and advertisers. These changes including moving some television tapings to Disney-MGM Studios in Orlando, and signing both main-event performers and young stars from around the world.

Some of the creative freedoms that Bischoff granted main-event level talent helped to bring the company down, as main-event level talent were less than cooperative in helping rising stars fulfill their potential, a staple of the industry. Once Bischoff was relieved of his duties in 1999, Vince Russo, a former writer for the World Wrestling Federation, came on board to become the lead writer of WCW. Russo did not last long in his position, but in April 2000, WCW opted to bring Russo and Bischoff back in hopes that the duo might re-spark interest in WCW. The two, however, did not get along well and Bischoff soon left the company.

WCW in other media

From 2000 to 2001, Monster Jam had a series of monster trucks based on wrestlers' names. These include nWo (2000), Sting (2000–2001), Nitro Machine (2000–present; currently Inferno), Madusa (2000–present) and Goldberg (2000–present; currently Maximum Destruction). The first to go was nWo, which only ran for a season. Next, all but Goldberg, Nitro, and Madusa were retired after the WCW sponsorship was lost. Nitro then became Flashfire, then was converted into Inferno. Madusa has stayed as the same name ever since it was created, because it is driven by former WCW superstar Madusa. As for Goldberg, it was changed to Team Meents in 2002, then into Maximum Destruction, which debuted in 2003 and continues to compete in the series.

WCW also had a presence in NASCAR from the mid-1990s to 2000, sponsoring the #29 team in the Busch Grand National Series full-time and the #9 Melling Racing team in the Winston Cup Series part-time. In 1996, Kyle Petty's #49 car in the Busch Grand National series was sponsored by the nWo. Then, Wally Dallenbach, Jr. sponsored WCW driving for Galaxy Motorsports for a couple races.

As 2000 came to a close, a number of potential buyers for WCW were rumored to show interest in the company. Ted Turner, however, still had a position of influence at Time Warner prior to the final merger of AOL and Time Warner in 2001, and most offers were rejected. Eric Bischoff, working with Fusient Media Ventures, made a bid to acquire the company in January 2001 (shortly following the AOL/Time Warner merger), and it appeared that WCW would continue.

One of the primary backers in the WCW deal backed out, however, leaving Fusient to take that offer off the table while it attempted to bring a new deal around. In the meantime, the World Wrestling Federation founded W. Acquisition Company in late 2000 and began speaking to the new AOL Time Warner about acquiring the WCW brand. Jamie Kellner was handed control over the Turner Broadcasting division, and deemed WCW wrestling to be out of line with its image. As a result, WCW programming was canceled on both TBS and TNT, leaving Vince McMahon's company, which at the time had an exclusive deal with Viacom, free to acquire the trademarks, video libraries and a few contracts of World Championship Wrestling through its new subsidiary W. Acquisition Company and was renamed to WCW Inc. afterwards.

During the sale, WCW was in litigation, with various lawsuits pending, and AOL Time Warner still had to pay various performers their guaranteed deals, as many had contracts directly with the parent company, and not with WCW. Since WCW Inc. had acquired select assets, the company that was once World Championship Wrestling was reverted to Universal Wrestling Corporation once again; its only purpose now, however, was to deal with old contracts and lawsuits.

At the outset of WCW's existence, as well as with the promotions that came before it, the company was strongly identified with the Southern style of professional wrestling (rasslin'), which emphasized athletic in-ring competition over the showmanship and cartoonish characters of the WWF. This identification persisted into the 1990s, even as the company signed former WWF stars such as Hulk Hogan and Randy Savage. WCW dominated pro wrestling's television ratings from mid-1996 to 1998 (84 straight weeks) mainly due to its incredibly popular New World Order storyline, but thereafter began to lose heavy ground to the WWF, which had recovered greatly due to its new "Attitude" branding. Repetitive story lines, questionable booking issues, and corporate restrictions eventually led the promotion to begin losing large amounts of money, leading to parent company AOL Time Warner selling the name copyrights to the WWF for $2.5 million in 2001. Shortly after the purchase, Vince McMahon purchased the entire tape library for an additional $1.7 million, bringing the final tally of World Championship Wrestling's sale to $4.2 million.

WCW started out as a regional promotion in the late 1980s focusing mainly in the Deep South. It started growing nationally a few years later, which led to its rivalry with the WWF. Even though WCW folded in 2001, its legacy lived on in the WWF. The WWF kept the WCW United States Championship, the WCW Cruiserweight Championship, the WCW World Tag Team Championship, and the WCW World Heavyweight Championship. Eventually, the titles were unified into their WWF counterparts. In 2003, now known as the WWE, the company resurrected the United States title to be competed for exclusively on SmackDown. When Hulk Hogan came back to the WWF, the WWF kept his Hollywood nickname. In 2004, the WWE brought back The Great American Bash pay-per-view and also in 2009, released Starrcade: The Essential Collection as a three-disc DVD set. In August 2009, WWE released a DVD set chronicling the history of WCW called The Rise and Fall of WCW. Commemorating the 10 year anniversary of the purchase of the company, WWE re-opened WCW.com, highlighting the history of the company that had once had the upper-hand in the professional wrestling marketplace. WWE released two documentaries showing highlights from WCW Nitro's history, The Very Best of WCW Monday Nitro and The Best of WCW Monday Nitro Volume 2, both documentaries are hosted by Diamond Dallas Page.

WCW is a major focus in the WWE '12 video game released by THQ for Xbox 360, Sony PlayStation 3 and Nintendo Wii in 2012. In the Game's "Road to Wrestlemania" Story Mode, many WCW superstars are featured such as Arn Anderson, Ricky Steamboat, Road Warrior Animal, Kevin Nash, Booker T and Vader.