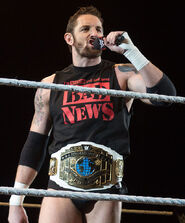 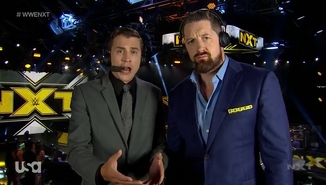 Under the Wade Barrett name, Bennett won the first season of NXT in 2010 and made his Raw debut later that year. He rose to prominence as the leader of The Nexus, a villainous faction composed of the remaining NXT first-season rookies. He headlined five WWE pay-per-view events in 2010, challenging for the WWE Championship in three of them. He later formed The Corre with former Nexus members Heath Slater and Justin Gabriel in January 2011 and soon won his first Intercontinental Championship, which he would go on to win five times overall.

In 2013, Barrett's ring name became Bad News Barrett until he won the 20th King of the Ring tournament in 2015, thus changing his ring name to King Barrett. He has not wrestled since leaving WWE in May 2016, though he has appeared in non-wrestling roles on the international independent circuit, such as a commentator for World of Sport Wrestling, general manager for Defiant Wrestling and announcer for the National Wrestling Alliance under his real name. He returned to WWE as a commentator in August 2020.