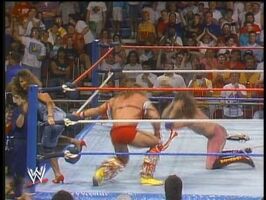 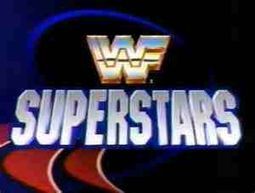 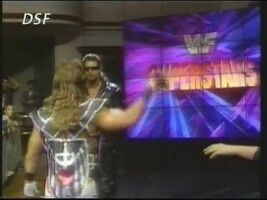 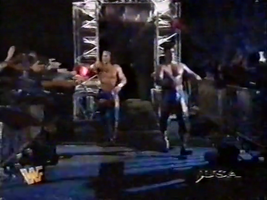 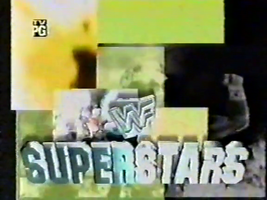 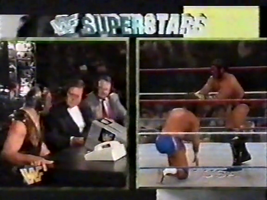 WWF Superstars of Wrestling (later WWF Superstars) was a professional wrestling television program produced by the World Wrestling Federation (WWF). It debuted on September 6, 1986. Superstars, as it would later be known, was the flagship program of the WWF's syndicated programming from its inception until the premiere of Monday Night Raw in 1993.

In 1986, Superstars replaced WWF Championship Wrestling. Before that, Superstars was the name of a weekly recap show hosted by Vince McMahon and Lord Alfred Hayes. Superstars was where all the angles began and at times ended and where the majority of title changes took place if not at a pay-per-view event (e.g. WWE WrestleMania or WWE SummerSlam). Matches primarily saw top tier and mid-level talent versus jobbers; pre-taped interviews with the WWF's roster of superstars; and promos featuring the wrestlers. At times, there was a "feature" match between main WWF talent. As with all syndicated WWF programming, another major aspect of the show was to promote house shows and TV tapings in each market.

During its syndication run, the program was rebranded and aired in Canada as Maple Leaf Wrestling (essentially replacing a program of the same name filmed in southern Ontario), despite having almost no Canadian content other than interviews promoting matches that were to be held in Canada, along with occasional program-exclusive matches taped at Maple Leaf Gardens in Toronto, Ontario. However this repackaging was, at the time, sufficient to allow the program to count towards Canadian content requirements for local television stations.

The show began airing in 1989 in the United Kingdom on Saturday nights on The Sky Channel. For a short time, it was shown on Tuesdays on Eurosport. Early in the 1990s, it was featured in a Friday night time slot. In the mid-1990s, Superstars was then moved to a Sunday morning time slot. For most of it original run in the United Kingdom Gorilla Monsoon was the play by play commentator with various color commentators throughout its history and briefly returning in 1998 joining the broadcast team with Kevin Kelly and Michael Cole during the attitude era.

Beginning with the April 18, 1992 episode, the program was renamed to WWF Superstars, due to a successful lawsuit by another promoter, Albert Patterson, who had claimed prior rights to the phrase "Superstars of Wrestling". Since then, archival footage of the program has usually been shown with the words "of Wrestling" blurred out where applicable.

December 4, 1991 was Jack Tunney's notable stripping of the WWF Championship held by Hulk Hogan who had won it by defeating The Undertaker at WWF This Tuesday in Texas the previous night. After this aired December 7, it remained vacant until January 19, 1992 when Ric Flair won the title by winning the 1992 Royal Rumble.

In 1996, Superstars left syndication and moved to USA Network in place of WWF Action Zone, which the network cancelled. Although for a brief period the show continued in its same format, as time went on more and more recaps of the WWF's other programming began to fill the hour. By 1998, Superstars was solely a summary program and continued in that manner until its eventual ending.

In 1997, the format of Superstars as aired in the United Kingdom also changed and began to only feature weekly summaries of Monday Night Raw. Following the premiere of SmackDown!, Superstars served as a summary show for SmackDown! as well.

When the WWF moved its cable TV contract to TNN (now Spike) in 2000, Superstars moved with it. The show was then discontinued in 2001.