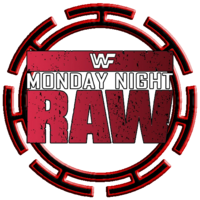 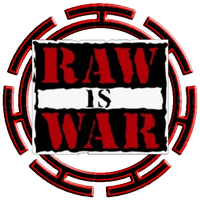 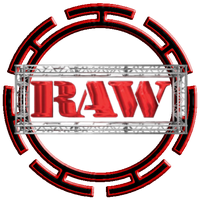 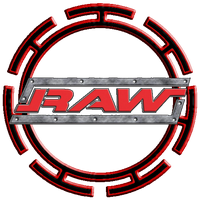 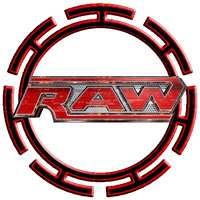 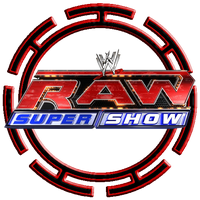 End of the Brand Extension logo 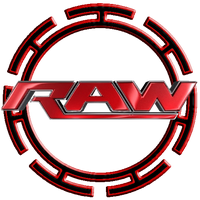 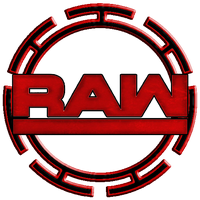 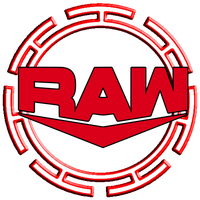 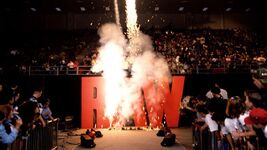 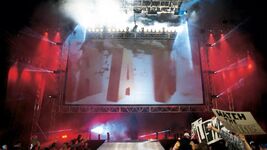 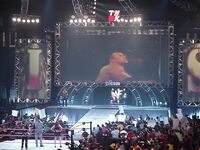 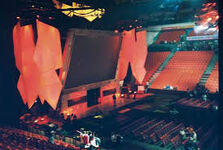 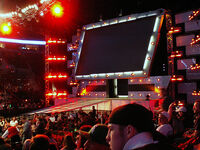 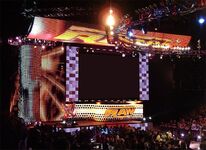 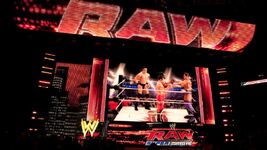 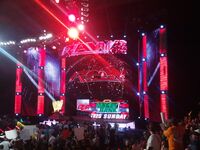 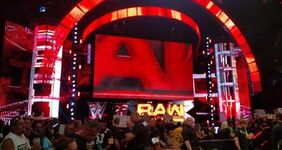 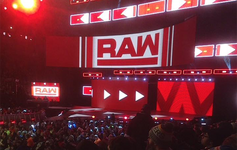 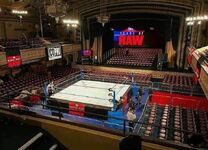 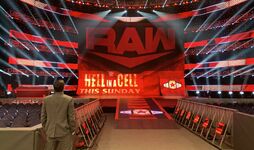 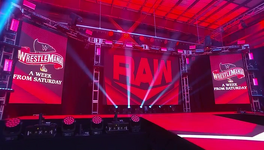 Performance Centre / Corona Virus
Add a photo to this gallery

Beginning as WWF's Monday Night Raw, the program first aired on January 11, 1993 on the USA Network as a replacement for WWF Prime Time Wrestling, which aired on the network for eight years. The original Raw was sixty minutes in length and broke new ground in televised professional wrestling. Traditionally, wrestling shows were taped on sound stages with small audiences or at large arena shows. The Raw formula was considerably different from the taped weekend shows that aired at the time such as WWF Superstars and WWF Wrestling Challenge. Instead of matches taped weeks in advance with studio voice overs and taped discussion, Raw was a show shot and aired to a live audience, with angles playing out as they happened.

Raw originated from the Grand Ballroom at the Manhattan Center, a small New York City theater, and aired live each week. The combination of an intimate venue and live action proved to be a successful improvement. However, the weekly live schedule proved to be a financial drain on the WWF. From Spring 1993 up until Spring 1997, Raw would tape several week's worth of episodes after a live episode had aired. The WWF taped several weeks worth of Raw from the Mid-Hudson Civic Center in Poughkeepsie, New York in April 1993, and again in June and October. The first episode produced outside of New York was taped in Bushkill, Pennsylvania in November 1993 and Raw left the Manhattan Center permanently as the show would be taken on the road throughout the United States and had in smaller venues.

On September 4, 1995, the WWF's chief competitor World Championship Wrestling began airing its new wrestling show, Monday Nitro, live each week on TNT, which marked the start of the Monday Night Wars. Raw and Nitro went head-to-head for the first time on September 11, 1995. At the start of the ratings war in 1995 through to mid-1996, Raw and Nitro exchanged victories over each other in a closely contested rivalry. Beginning in mid-1996, however, due to the nWo angle, Nitro started a ratings win-streak that lasted for 84 consecutive weeks, ending on April 13, 1998. On February 3, 1997, Raw went to a two-hour format, to compete with the extra hour on Nitro (which had been expanded to two hours in the summer of 1996), and by March 10, it was renamed to Raw Is War. It was also during the time Raw would be aired live more often. After WWE WrestleMania 14 in March 1998, the WWF regained the lead in the Monday Night Wars with its new "WWF Attitude" brand. The April 13, 1998 episode of Raw Is War, which was headlined by a match between Stone Cold Steve Austin and Vince McMahon, marked the first time that WCW had lost the head-to-head Monday night ratings battle in the 84 weeks since 1996.

On January 4, 1999, Mick Foley, who had wrestled for WCW during the early 1990s as Cactus Jack, won the WWF Championship as Mankind on Raw Is War. On orders from Eric Bischoff, Nitro announcer Tony Schiavone gave away this previously taped result on a live Nitro and then sarcastically added, "That's gonna put some butts in the seats", consequently resulting in over 600,000 viewers switching channels to Raw Is War to see the underdog capture the WWF Championship. This was also the night that Nitro aired a WCW World Heavyweight Championship match in which Kevin Nash laid down for Hollywood Hogan after Hogan poked him in the chest.

On June 28, 2000, Viacom won the landmark deal with the WWF to move all of its WWF programs stemming from the lawsuit action against WWF from USA Network. The new television contract and the subsequent purchase of competitor WCW led to many changes in WWF's programming content. Raw Is War premiered on TNN on September 25, 2000.

WCW's sharp decline in revenue and ratings led to Time Warner selling selected assets such as the WCW name, tapes, and contracts to the WWF in March 2001 for $3 million. The final episode of Nitro, which aired on March 26, 2001, began with Vince McMahon making a short statement about his recent purchase of WCW and ended with a simulcast with Raw on TNN and Nitro on TNT including an appearance by Vince's son Shane. The younger McMahon interrupted his father's gloating over the WCW purchase to explain that Shane was the one who actually owned WCW, setting up what became the WWF's "Invasion" storyline. Following the purchase of WCW and the September 11 attacks, the program was retitled as Raw on October 1, 2001, permanently retiring the Raw Is War moniker.

In March 2002, as a result of the overabundance of talent left over from the Invasion storyline, WWF instituted a process known as the " Brand Extension", under which Raw and SmackDown would be treated as two distinct divisions, each with their own rosters and championships. Shortly thereafter, the WWF was legally required to change the name of the company to World Wrestling Entertainment.

On March 10, 2005, Viacom and WWE decided not to go on with the agreement with Spike TV, effectively ending Raw and other WWE programs' tenure on the network when their deal expired in September 2005. On April 4, 2005, WWE announced a three-year deal with NBCUniversal to bring Raw back to its former home, the USA Network, with two yearly specials on NBC and a Spanish Raw on Telemundo. On the same week as Raw's return to the USA Network, Spike TV scheduled Ultimate Fighting Championship's live Ultimate Fight Night in Raw's old timeslot in an attempt to go head-to-head with Raw.

On the August 29, 2011 episode of Raw, it was announced that performers from Raw and SmackDown were no longer exclusive to their respective brand, thus effectively dissolving the brand extension. On July 23, 2012, Raw aired its 1,000th episode, which also began its permanent three-hour format. On January 14, 2013, Raw celebrated its 20th year on the air. On May 25, 2016, WWE reintroduced the brand split, and a new set with red ring ropes, a brand new stage. Furthermore, the broadcast table was moved to the entrance ramp similar to how it was in 2002–2005. On January 22, 2018, WWE celebrated the 25th anniversary of Raw with a simulcast show at the Barclays Center in Brooklyn and the home of the first Monday Night Raw, the Manhattan Center. On the February 19 episode of Raw, six days before Elimination Chamber, seven participants of the men's Elimination Chamber match. It what was the longest match in WWE history, lasting nearly two hours.

On March 12, 2020, WWE announced that all of its live programs will be aired from the WWE Performance Center in Orlando, Florida without an audience until further notice beginning with the following day's episode of SmackDown due to the coronavirus pandemic that resulted in the suspension of many professional sports leagues. On the May 25 episode of Raw, NXT trainees were added into live crowds at the Performance Center.

Raw Announcers In Order of Debut

One Night Only and Guest GM's not included 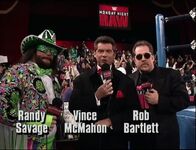 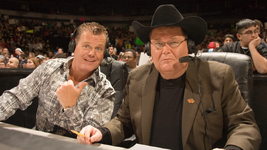 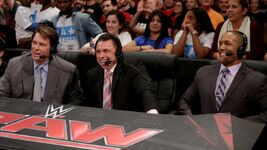 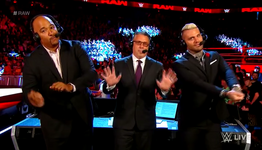 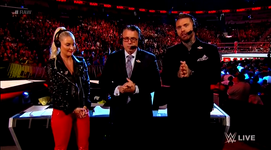 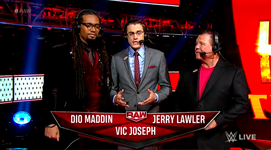 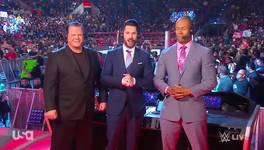 Raw Underground
Add a photo to this gallery

Retrieved from "https://wrestlepedia.fandom.com/wiki/WWE_Raw?oldid=20974"
Community content is available under CC-BY-SA unless otherwise noted.