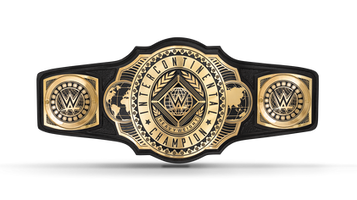 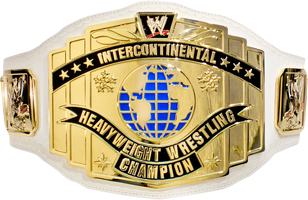 The WWE Intercontinental Championship is a 2nd tier championship in WWE. Although generally contested in the midcard at WWE shows, the title was defended in the main events of WrestleMania VI, SummerSlam 1992, the third and eighth In Your House events, and Backlash 2001. In recent years, however, its prestige is seen to have incurred a serious decline.

The term "intercontinental" refers to spanning multiple continents, in this case originally two, North and South America. In 1985, the belt design changed, the centerplate now centered on the Atlantic Ocean, in a map including western Africa and Europe.

On August 18th, 2014, the Intercontinental Championship belt design (along with all of the other championships in WWE) was updated with the new logo in place of the long-standing scratch logo.