The show was originally introduced on the USA Network on August 2, 1998 in the United States. The one hour show would be broadcast on Sunday nights, it would be live most weeks but sometimes would be taped. It was the second primary program of the WWF's weekly television show line-up, serving as a supplement to the Monday Night Raw program. Heat would feature a format similar to that of Monday Night Raw in that continuing feuds from the previous week would progress during the show, and the following day's Monday Night Raw would be heavily promoted. On scheduled WWF pay-per-view event nights, Heat would also serve as a preview show to the events. The show was initially signed for only 6 episodes but was very popular and was continued.

With the premiere of SmackDown! in August 1999, coverage of Heat was significantly reduced in favor of the newer show. The debut of SmackDown! also led to Heat being taped before SmackDown! with matches for WWF syndication programs like Jakked/Metal being taped before Raw broadcasts. When SmackDown! premiered, also Heat briefly became a complete weekly summary show, featuring occasional interviews and music videos. After only a few weeks following the format change, Heat began airing exclusive matches again.

Occasionally, special editions of the show aired heavily promoted. For Super Bowl XXXIII in 1999, Heat aired as Halftime Heat on the USA Network during halftime of the Super Bowl. These specials ended following the show's move to MTV in 2000. When the show started airing on MTV in late 2000, it was broadcast live from WWF New York. WWF personalities and performers would appear at the restaurant as special guests while Michael Cole and Tazz provided commentary to matches.

The United Kingdom's coverage of Heat began in January 2000, when Channel 4 started broadcasting the show at 4pm on Sundays, as a part of T4. These one-hour shows were a magazine-type show, usually featuring three or four brief matches as well as highlights from Raw and SmackDown!. Exclusive matches taped before Smackdown! were aired on this version of the show, the weeks of a PPV. The reason for this was that in North America, Heat was aired live from the site of that night's PPV.

A separate commentary team was used on airings in the United Kingdom, with references aimed more at that specific audience. During commentary, Raw and SmackDown were referred to as taking place on Friday and Saturday respectively, which were the days they were broadcast in the United Kingdom on Sky Sports - as opposed to the manner in which the two programs were often referred to by the North American broadcast dates of Monday and Thursday. The two-person announce team was a mix of individuals including Kevin Kelly, Michael Cole, Michael Hayes and Jonathan Coachman. During the middle of 2000, Heat started to get moved around the Channel 4 schedule, usually between the afternoon and midnight. Towards the end of 2000, the show was permanently moved to being broadcast in the early-hours of Monday mornings. The show stayed in the time-slot until December 2001 when Channel 4's deal with the World Wrestling Federation expired in the United Kingdom.

In April 2002, the show returned to its original filming schedule, again before Raw. Eventually, the live from WWF New York format was retired, and was replaced as being the Raw brand's second show. Ratings were still moderate for Heat, although the show lost some popularity once SmackDown! began to air. This version also featured highlights from that week's Raw, and the name change was introduced to the show in May 2002, when it became known as WWE Sunday Night Heat. Heat returned to the United Kingdom and Ireland in January 2003 on Sky One (with repeats on Sky Sports), though the coverage became Sky Sports exclusive in January 2005 along with most of WWE's programming. In the US, Heat stayed with MTV until March 2003 when it was transferred over to TNN/Spike TV. It stayed in that timeslot until the contract with Viacom was up.

Heat and Velocity were not picked up by the USA Network when WWE moved its programming over to that network in October 2005, leaving Americans no way to watch WWE weekend shows on television. To solve this problem, WWE decided to stream the shows on their website exclusively for the U.S. audience, with new editions posted every Friday afternoon. However, only Heat would be streamed, as Velocity got replaced with ECW in June 2006. Sunday Night Heat was soon renamed to WWE Heat, as it no longer aired on Sundays.

Heat was still shown internationally to fulfill international programming commitments. When WWE went high definition in January 2008, Heat began using the same HD set as Raw, SmackDown, and ECW. After 10 years of programming and 513 episodes, the final episode of WWE Heat was uploaded to WWE.com on May 30, 2008. The show was replaced internationally with a new show featuring classic matches, called WWE Vintage Collection. It was the most watched episode of Heat since it debuted on WWE.com. 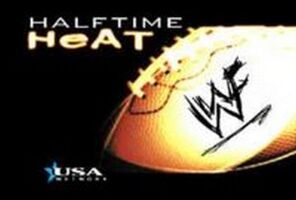 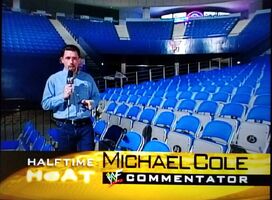 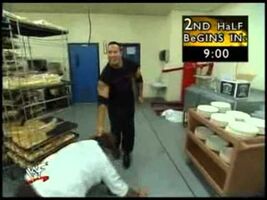 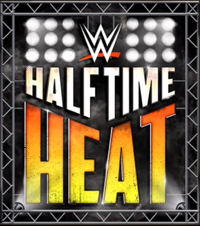 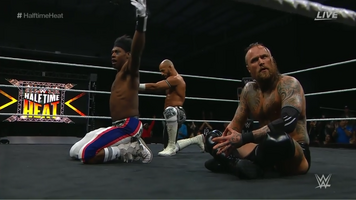 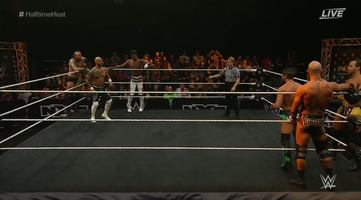 For Super Bowl 33 in 1999, Heat aired as Halftime Heat on the USA Network during halftime of the Super Bowl where WWE cut their live taping of the episode to a pre-taped "Empty Arena Match" between The Rock and Mankind for the WWF Championship. The concept was again used 20 years later in 2019 when WWE presented a 6-Man Tag Match from NXT.