ECW was one of WWE's brands which was established on June 13, 2006 as a revival of the Extreme Championship Wrestling (ECW) promotion and was discontinued on February 16, 2010. Wrestlers assigned to the ECW brand wrestled predominately on the ECW television program and ECW branded or co-branded pay-per-view events. From 2007 to 2009, ECW wrestlers occasionally appeared on the Raw and SmackDown television programs due to talent exchange agreements between the brands.

Origins of the ECW Brand

In early-to-mid-2002, then World Wrestling Federation (WWF) underwent a process they called the "brand extension". The WWF divided itself into two de facto wrestling promotions with separate rosters, storylines and authority figures. Raw and SmackDown! would host each division, give its name to the division and essentially compete against each other. The split came about as a result of the WWF purchasing their two biggest competitors, World Championship Wrestling (WCW) and ECW; and the subsequent doubling of its roster and championships. The brand extension was publicly announced by Linda McMahon during a telecast of Raw on March 25 and became official the next day. WWE acquired the rights to ECW's trademarks and video library in 2003.

The enormous popularity of ECW merchandise prompted WWE to organize ECW One Night Stand 2005, an ECW reunion pay-per-view in 2005. The financial and critical success of the event motivated WWE to organize a second One Night Stand the following year. With rejuvenated interest in the ECW product, WWE began exploring the possibility of reviving the promotion full-time. On May 25, 2006, WWE announced the launch of ECW as a stand-alone brand, congruous to Raw and SmackDown, with its own show on Sci-Fi (later Syfy). On May 29, the WWE held their 2006 brand extension draft. The draft featured ECW founder Paul Heyman receiving two total draft picks from the existing Raw and SmackDown rosters for the newly created ECW brand. During the draft, Rob Van Dam was drafted from Raw and Kurt Angle from SmackDown.

The ECW brand was initially produced differently from WWE's other brands. For televised events, the main ring-facing cameras were placed on a different location in the arena while the wrestling ring itself featured an ECW logo on the mat and blank turnbuckle covers. The male performers were referred to "Extremists" instead of "Superstars" while female performers were called "Vixens" rather than Divas. However, the brand steadily began being produced following the same format of the other brands and as opposed to the original promotion match rules, such as count outs and disqualifications, were now standard. Matches featuring the rule set of the original promotion were then classified as being contested under "Extreme Rules" and were only fought when specified.

Former ECW owner Paul Heyman served as the on-air ECW Representative until WWE ECW December to Dismember, when Heyman was relieved from both his on and off-air duties with WWE. After Heyman left in late 2006, there was no ECW authority figure until August 14, 2007, when Armando Estrada was announced as the General Manager. On June 3, 2008, Estrada was replaced by Theodore Long. On the April 7 edition of ECW, it was announced that Long was returning to SmackDown to fulfill the role of General Manager. From this point, the Interim General Manager was named as Tiffany, who took over as full-time General Manager on the June 30, 2009 episode.

On February 2, 2010, WWE Chairman Vince McMahon announced that ECW would be going off the air and would air its final episode on February 16. With the ECW brand permanently disbanded, the ECW roster became free agents and WWE ECW was replaced by WWE NXT 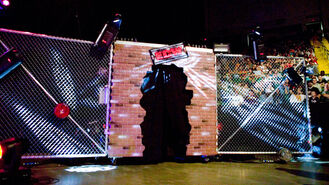 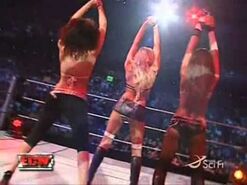 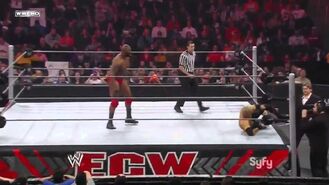 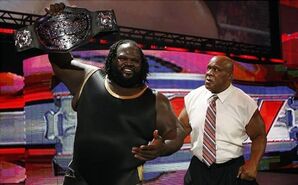 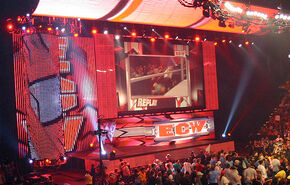 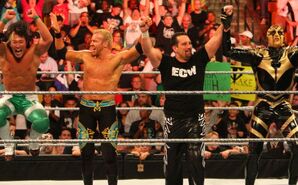 ECW on Sci-Fi / ECW on SyFy

ECW (also known as ECW on Sci-Fi/Syfy) was a television program that was produced by WWE, based on the independent Extreme Championship Wrestling (ECW) promotion that lasted from 1992 to 2001. The show's name also referred to the ECW brand, in which WWE employees were assigned to work and perform, complementary to WWE's other brands, Raw and SmackDown. ECW debuted on June 13, 2006, on Sci Fi in the United States and ran for close to four years until it aired its final episode on February 16, 2010, on the rebranded Syfy. It was replaced the following week with WWE NXT. Every episode of the show is available for on-demand viewing via the WWE Network.

ECW was initially produced differently from WWE's other shows. For televised events, the main ring-facing cameras were placed on a different location in the arena while the wrestling ring itself featured an ECW logo on the mat and blank turnbuckle covers. The male performers were referred to "Extremists" instead of "Superstars" while female performers were called "Vixens" rather than Divas. However, the show steadily began being produced following the same format of the other shows. As opposed to the original promotion, match rules, such as count outs and disqualifications, were now standard. Matches featuring the rule set of the original promotion were then classified as being contested under "Extreme Rules" and were only fought when specified.

Former ECW owner Paul Heyman served as the on-air "ECW Representative" (a reference to how Heyman had been identified on Monday Night Raw back in 1997). According to an interview in the UK newspaper The Sun, Heyman wrote the show's weekly scripts and submitted them to writers for possible changes, and then Vince McMahon for final approval. Following WWE ECW December to Dismember, Heyman was relieved from both his on and off-air duties with World Wrestling Entertainment.

While the show started out a ratings success, it began drawing criticism from fans of the original ECW early on. This was most evident by the negative crowd reaction "old school" fans gave the main event of Batista vs. Big Show at the August 1, 2006 show from Hammerstein Ballroom, which often held original ECW events while it was a company. After Heyman left in late 2006, there was no ECW authority figure until August 14, 2007, when Armando Estrada was announced as the General Manager.

On May 6, 2008, ECW celebrated its 100th episode on Sci Fi. On July 7, 2009, the Sci Fi Channel renamed itself to "Syfy", prompting WWE to rename the show ECW on Syfy to reflect the changes. In 2009 a "superstar initiative" was established for the purpose of introducing new talent to WWE programming, mainly those from WWE's developmental territory Florida Championship Wrestling to ECW's roster.

At ECW's launch, WWE.com introduced Hardcore Hangover, a video feature which allowed fans in the United States and Canada to stream or download video footage from the weekly show. On October 16, 2007, it was replaced by a new feature which made full episodes of the show available for streaming on WWE.com the day after they aired. After gathering a list of names from fans and conducting an online poll, the feature was named ECW X-Stream on October 31, 2007. Past episodes of ECW were previously viewable on the video streaming website Hulu. and are still available on the WWE Network.

ECW shows were held in large arenas as a part of the taping schedules of WWE's other shows. This was in sharp contrast to the original Extreme Championship Wrestling which ran most of its events in smaller venues. The show generally aired live on Tuesdays directly before — when touring the west coast — or after SmackDown was taped, though it was also recorded and placed on a broadcast delay until later in the night depending on what circumstances dictated. ECW had originally separated itself from WWE, featuring ECW's old black ring ropes, the ECW logo in the middle of the ring and no WWE logo to be seen on the turnbuckles or on the ring apron. However, they slowly began to become more of a WWE show than prior, when they made the ring ropes silver instead of the black ones and when they went HD, put the WWE logo on the turnbuckles, and the WWE.COM advertising on the left and right side of the ring aprons and removed the ECW logo from the ring.

ECW's initial theme song was "Bodies" by Drowning Pool, which had been used by WWE for Extreme Championship Wrestling before the establishment of the brand. "Don't Question My Heart" by Saliva featuring Brent Smith was later used to open ECW for the rest of the program's run. The songs "Famous" by Puddle of Mudd was used for one week, and a censored version of "This Is The New Shit" by Marilyn Manson was used for a few weeks. On January 22, 2008, ECW began broadcasting in HD, along with a new HD set, which is shared among all three WWE brands.