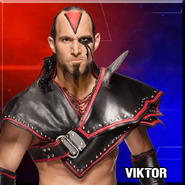 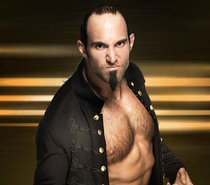 Eric Thompson (born December 4, 1980), better known under his ring name Rick Victor, is a Canadian professional wrestler. He was previously signed to WWE, where he is working under the ring name Viktor as part of the tag team The Ascension.

While in WWE's devoplemental territory WWE NXT, he was the longest reigning NXT Tag Team Champions of all time (alongside his Ascension partner Konnor), and he is also a former Florida Tag Team Champion with Brad Maddox. He previously worked as Apoc for Ohio Valley Wrestling, where he was a two-time OVW Heavyweight Champion. Viktor was released from his WWE Contract on December 8 2019.