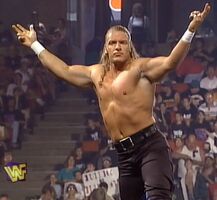 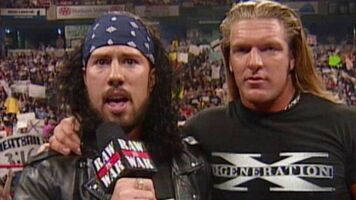 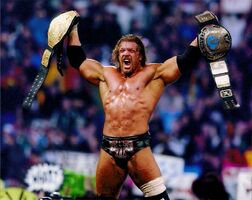 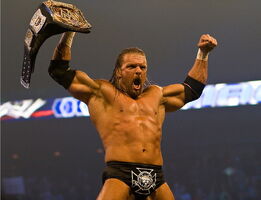 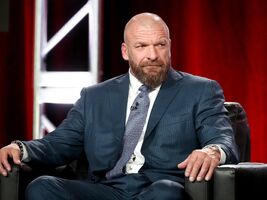 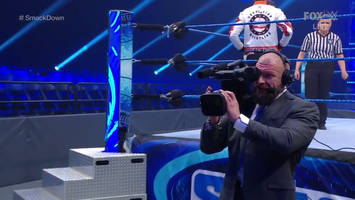 Paul Michael Levesque (born July 27, 1969), better known by his ring name Triple H (an abbreviation of his character's full name, Hunter Hearst Helmsley), is an American business executive, professional wrestler, actor, and former bodybuilder. He is the Executive Vice President (Talent/Live Events/Creative) of WWE and is married into the McMahon family, which maintains majority ownership of WWE. In addition to his corporate role, Levesque makes regular appearances on WWE television as an authority figure and wrestler.

Levesque began competing in bodybuilding contests in 1987, and commenced his professional wrestling career in the International Wrestling Federation in 1992, under the ring name Terra Ryzing. He joined World Championship Wrestling (WCW) in 1994, where he was soon repackaged as Jean-Paul Lévesque, a French Canadian aristocrat. In 1995, Levesque moved to the World Wrestling Federation (now WWE), where he became Hunter Hearst Helmsley and, later, Triple H. In 1997, Triple H co-founded the influential D-Generation X stable, which became a major element of the WWF's "Attitude Era". After winning his first WWF Championship and beginning a storyline marriage with Stephanie McMahon in 1999, Triple H became a regular main event wrestler. Over the next decade, he would win a total of 13 world heavyweight championships and lead stables the McMahon-Helmsley Regime and Evolution. Levesque's real life marriage to Stephanie McMahon in 2003 gave him considerable influence on the creative direction of both his character and the company as a whole.

From 2010 onwards, Triple H began wrestling on a part-time basis. In mid-2013, he began a storyline in which he and Stephanie McMahon were portrayed as unctuous, judgmental WWE co-owners dubbed "The Authority." Together as a power couple, they make what are often portrayed as self-serving decrees while claiming only to be concerned for "what's best for business," all the while romanticizing each other in the process with public displays of affection. The Authority later expanded into a stable made up of Randy Orton, Seth Rollins, Kane included with its co-leaders Triple H and Stephanie McMahon.

In the course of his WWE career, Triple H has held a total of 23 championships, including 13 world championships (eight WWF/WWE Championships and five World Heavyweight Championships. He was the winner of both the 1997 King of the Ring Tournament and the 2002 Royal Rumble Match, and has wrestled in the closing match of WrestleMania, WWE's flagship pay-per-view, six times. Outside of professional wrestling, he has made numerous guest appearances in film and on television, including the lead role in the WWE Studios production The Chaperone.