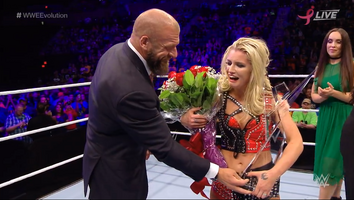 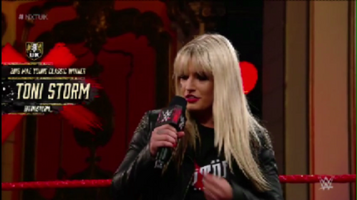 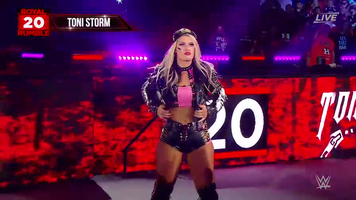 Toni Rossall (born 19 October 1995) is a New Zealand-born Australian professional wrestler, currently signed to WWE performing on the NXT UK brand under the ring name Toni Storm. In Stardom, she is a former World of Stardom Champion, and SWA World Champion and WWE Mae Young Classic winner for 2018. Rossall also works extensively on the European independent circuit, where she is a former Progress Women's and wXw Women's Champion. In WWE, she competed in the 2017 and 2018 Mae Young Classic, making it to the Semi-Finals in 2017 and winning the tournament the following year. She ws also the first PWAQ/Australian Women's Champion.

Retrieved from "https://wrestlepedia.fandom.com/wiki/Toni_Storm?oldid=21028"
Community content is available under CC-BY-SA unless otherwise noted.