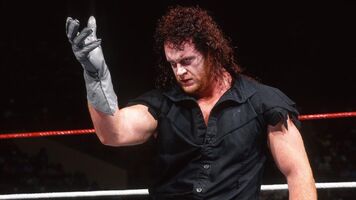 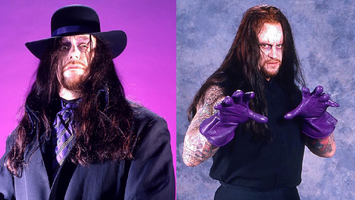 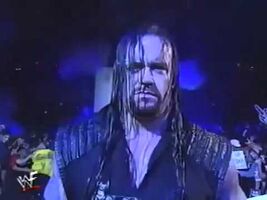 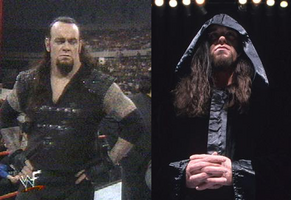 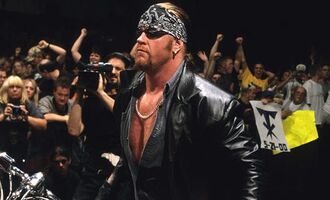 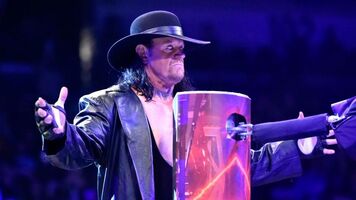 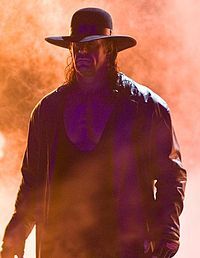 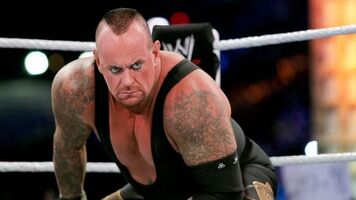 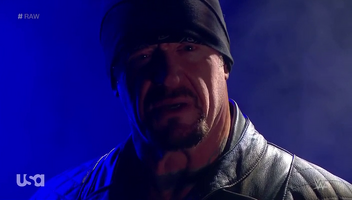 Mark William Calaway (born March 24, 1965), better known by his ring name The Undertaker, is an American professional wrestler. He is currently signed to WWE, where he has worked since 1990, making him WWE's longest-tenured performer.

As The Undertaker, his gimmick is that of a macabre entity who employs scare tactics and has links to the supernatural. He is the storyline half-brother of fellow WWE wrestler Kane, with whom he has alternately feuded and teamed with as The Brothers of Destruction. Since unseating Hulk Hogan as WWF Champion in 1991, The Undertaker has been involved in various pivotal storylines and matches within WWE history.