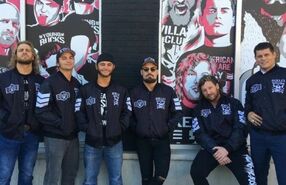 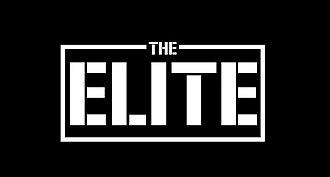 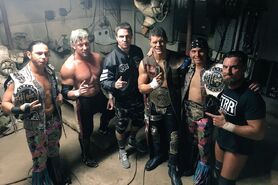 The Elite is a stable currently working for the All Elite Wrestling (AEW) promotion. Since September 2020, the line-up consists of Kenny Omega, The Young Bucks (Matt and Nick Jackson), and Cody Rhodes. The members, especially Omega and The Young Bucks, formerly worked for a large number of other promotions around the world, most prominently New Japan Pro-Wrestling (NJPW) and Ring of Honor (ROH).

In October 2018, after a lengthy internal feud within Bullet Club, Omega and The Young Bucks left Bullet Club. Cody, Adam Page, and Marty Scurll, all of whom had sided with Omega during the storyline, also left to join The Elite in October 30, 2018, making it a full-scale faction. During the following three months, the members of The Elite would leave most of their other promotions to work almost exclusively with AEW, minus Scurll, who chose to remain in ROH instead and left the stable. The five, who were instrumental in the creation of the company and hold positions as executive vice presidents (except for Page), would play a pivotal role in AEW, both on-screen and off-screen.