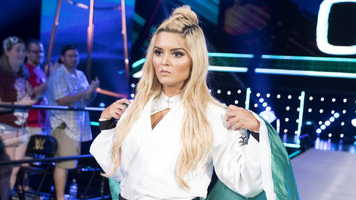 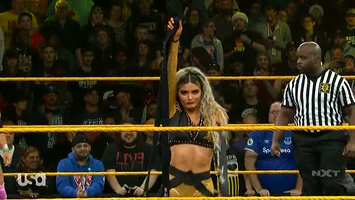 Taynara Melo de Carvalho (June 9, 1995) is a female Brazilian professional wrestler best known for her time with WWE as apart of NXT performing as Taynara Conti.

She debuted as Taynara Melo, on May 13 2017 in a Battle Royal for the No. 1 Contendership to the NXT Women's Championship. She wrestled her first singles match on July 6, where she was defeated by Lacey Evans. On July 13 2017, she took part in the WWE Mae Young Classic where she was eliminated in the first round by Lacey Evans.

In her official television debut, Conti appeared on the October 11 2017 episode of NXT, as she interfered in a triple threat match between Nikki Cross, Peyton Royce and Liv Morgan on behalf of The Undisputed Era (Adam Cole, Bobby Fish, and Kyle O'Reilly), preventing Cross from winning the match.

On August 1, 2020, Conti was announced as a participant in the AEW Women’s Tag Team Cup tournament teaming with Anna Jay as both chose the same color token in The Deadly Draw. Conti made her All Elite Wrestling debut and the team defeated Nyla Rose and Ariane Andrew in the first round.

Retrieved from "https://wrestlepedia.fandom.com/wiki/Taynara_Conti?oldid=20223"
Community content is available under CC-BY-SA unless otherwise noted.