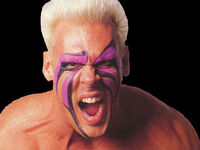 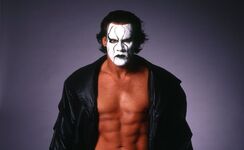 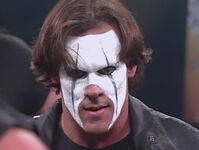 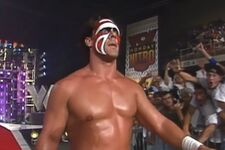 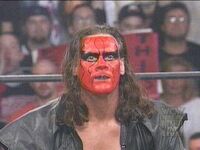 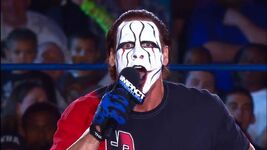 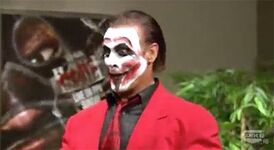 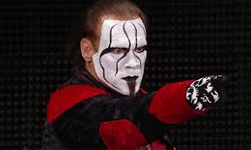 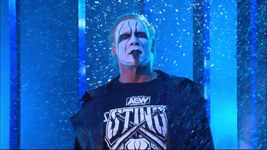 Steve Borden Sr. (born March 20, 1959) is an American professional wrestler, better known by his ring name, Sting. He is currently employed by the All Elite Wrestling.

Following the expiration of his AOL Time Warner contract in March 2002, Sting held talks with the WWF but ultimately did not join the promotion, instead touring internationally with World Wrestling All-Stars (WWA)[9] – winning the WWA World Heavyweight Championship – before joining the upstart Total Nonstop Action Wrestling (TNA) promotion in 2003. Over the following 11 years, he won the NWA World Heavyweight Championship on one further occasion and the TNA World Heavyweight Championship four times, wrestled in the main event of TNA Bound for Glory pay-per-view in 2006, 2007, 2008, and 2009, and was inducted into the TNA Hall of Fame in 2012. Between WCW and TNA, Sting has held 21 total championships. Previously described by WWE as the greatest wrestler never to have performed for that promotion, Sting began a working relationship with WWE in early 2014, making his first live appearance at Survivor Series on November 23, 2014 and being inducted into the WWE Hall of Fame in 2016.

On December 2, 2020, Sting made his All Elite Wrestling (AEW) debut at Winter Is Coming. This was Sting's first appearance on TNT since the final episode of WCW Nitro on March 26, 2001. It was later announced that Sting had signed a multi-year contract with AEW. AEW also began selling Sting merchandise. On the December 9, 2020 edition of Dynamite, Sting spoke for the first time on TNT in nearly 20 years, confirming to Cody Rhodes he was "signed officially with AEW."

Readers of Pro Wrestling Illustrated have named Sting "Most Popular Wrestler of the Year" on four occasions, a record he shares with John Cena. He has cultivated a legacy as one of the greatest pro wrestlers of all time.