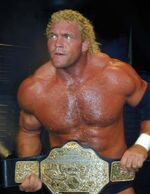 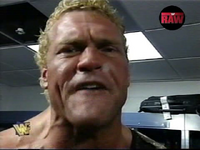 Sidney Raymond "Sid" Eudy (born December 16, 1960) is an American professional wrestler. He is best known under the ring names Sid Vicious, Sid Justice, Psycho Sid, or simply Sid, and for his tenures in World Championship Wrestling (WCW) and the World Wrestling Federation (WWF, now WWE). Between those promotions, Eudy has enjoyed major championship success and performed to an international television audience in four decades from the 1980s to the 2010s.

In speaking of Eudy's impact, WWE wrote, "One of the most brutal Superstars to ever terrorize WWE, the sadistic Sid brought an intensity that few could ever hope to contain. Just ask the litany of ring legends who have incurred his wrath — a hit list that includes Shawn Michaels, Hulk Hogan, Bret Hart and many more."