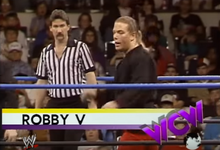 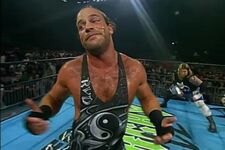 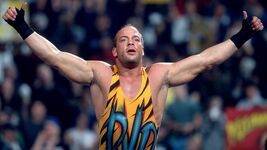 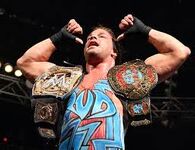 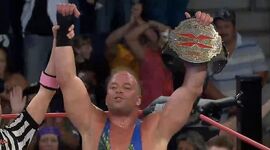 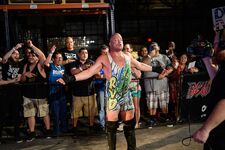 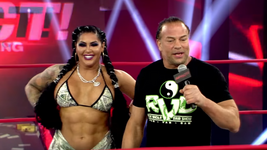 Robert Alex "Rob" Szatkowski (born December 18, 1970), better known by his ring name Rob Van Dam (frequently abbreviated to RVD), is an American semi retired professional wrestler and occasional actor. He is best known for his appearances with Extreme Championship Wrestling (ECW) in the late 1990s, with the World Wrestling Federation/World Wrestling Entertainment (WWF, now WWE) in the early to mid-2000s, and then with Total Nonstop Action Wrestling (TNA) in the early 2010s.

Between ECW, WWF/E and TNA Van Dam has won 21 total championships(including being a three-time world champion) and is the only wrestler in history to have held the WWE Championship, the ECW World Heavyweight Championship, and the TNA World Heavyweight Championship (including holding the WWE and ECW titles simultaneously within WWE). Van Dam is also the 2006 Money in the Bank winner, a WWE Triple Crown Championship and WWE Grand Slam Championship holder. Van Dam gained his mainstream popularity by 1998 when he won the ECW World Television Championship, which he held for a record 700 days. Van Dam was called by the fans as Mr. Pay-Per-View and The Whole Fucking/F'n/Dam Show. Between ECW, WWF/WWE, and TNA, Van Dam headlined major pay-per-view events in three decades between the 1990s, 2000s, and 2010s, closing the ECW's premier annual event November to Remember 1998. Van Dam is also a five time world tag team champion (two ECW, two WWE World Tag Team, and one WWE Tag Team). He is a six-time WWE Intercontinental Champion and was the final holder of the WWE Hardcore Championship and the last WWE European Champion, unifying both titles with his Intercontinental Championship. He is also a former TNA X Division Champion.

In 2001, Van Dam was ranked the number one wrestler in the world by Pro Wrestling Illustrated. He was voted "Most Popular Wrestler" by readers of the magazine in 2001 and again in 2002. WWE has named him the greatest star in ECW history.