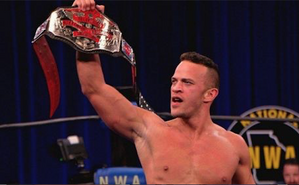 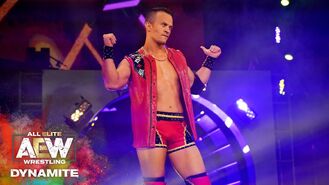 Ricky Starks, is an American professional wrestler currently signed to All Elite Wrestling (AEW). He is also known for time with National Wrestling Alliance, where he was the inaugural NWA World Television Champion.

Starks made his debut for the National Wrestling Alliance (NWA) at the NWA 70th Anniversary Show on October 21, 2018, competing in a four-way elimination match against Jay Bradley, Mike Parrow and Willie Mack, which Mack won. He returned on the October 15, 2019 episode of NWA Power, defeating Trevor Murdoch. At NWA Hard Times 2020, he defeated Eddie Kingston in the first round, Matt Cross in the second round, Tim Storm in the semi-finals and Trevor Murdoch in the finals to become the new NWA World Television Champion. On May 18, it was announced that Starks was no longer with the NWA as his contract had expired.

On the June 17 episode of AEW Dynamite, Starks made his unannounced debut for All Elite Wrestling (AEW) as he answered Cody's open challenge for the AEW TNT Championship in a losing effort. After the match, All Elite Wrestling's CEO Tony Khan announced that Starks had signed with AEW. On the July 21 episode of AEW Dark, after defeating Will Hobbs, Starks aided Brian Cage in attacking Robert Anthony and Darby Allin after their match, creating an alliance between the two. The team, managed by Taz and now known as Team Taz, began feuding with Allin as they faced Allin and Jon Moxley on the July 29 episode of Dynamite where they were defeated.