Retribution (stylized in all caps) is a villainous professional wrestling stable currently performing in WWE on Raw, led by Mustafa Ali, and featuring T-Bar, Mace, Slapjack, and Reckoning. In the group’s early months, numerous unnamed, masked henchmen would sometimes show up to join in on attacks (ever since Ali took leadership, the henchmen have ceased to appear). The stable is presented as a group of spurned performers whose goal is to destroy WWE and rebuild it in their own image. They made their debut on August 3, 2020, then fully masked; the identities of most members would be revealed on the following September 21, with Ali revealed as the group's previously unseen leader on October 5.

Since its debut, Retribution has been consistently met with a strongly negative reaction from critics, fans, and industry figures alike. Although the wrestlers themselves were considered talented, their booking, attires, ring names, and personas were all met with universal disapproval, being referred to as "hideous" and "hastily thrown together"; some considered the group irrevocably doomed creatively from the beginning, and damaging to the careers of its members 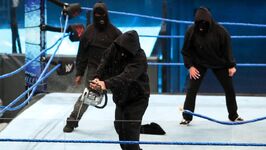 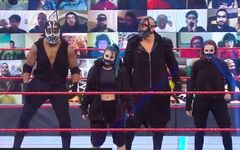 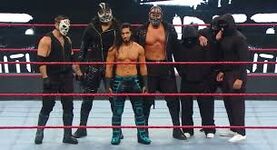 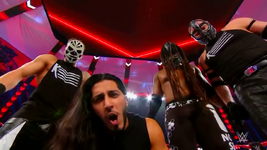