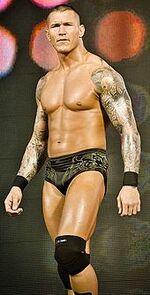 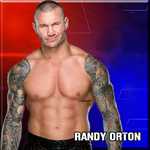 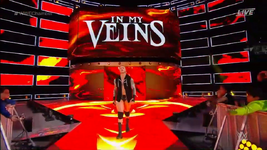 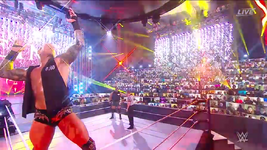 Orton is a third-generation professional wrestler; his grandfather Bob Orton, Sr., his father Cowboy Bob Orton, and his uncle Barry Orton all competed in the professional wrestling business. Before being promoted to the main World Wrestling Federation (WWF, now WWE) roster, Orton trained in and wrestled for Mid-Missouri Wrestling Association-Southern Illinois Conference Wrestling for a month. He was then sent to Ohio Valley Wrestling (OVW), where he held the OVW Hardcore Championship twice.

After signing with WWF, Orton became a member of the stable Evolution, which quickly led to a WWE Intercontinental Championship reign, his first title with the company. He also acquired the moniker "The Legend Killer" during a storyline where he began disrespecting and then physically attacking WWE Hall of Famers and wrestling veterans. At age 24, he became the youngest person ever to hold the WWE World Heavyweight Championship. With this win, he departed from Evolution and a feud with his former stablemates began. In 2006, Orton joined forces with Edge in a tag team known as Rated-RKO. Together, they held the World Tag Team Championship.

After Rated-RKO disbanded in mid-2007, Orton gained two WWE Championship reigns in one night. He formed the group The Legacy with Cody Rhodes and Ted DiBiase in 2008. It disbanded in 2010 and Orton returned to singles competition. In 2013 he aligned with The Authority, who named him the "face of the WWE". Overall, he has won 14 total championships in WWE. He is also a duel winner of the Royal Rumble Match in 2009 and 2017 and has headlined many pay-per-view events for the organization, including WWE WrestleMania 25 and WWE WrestleMania 30.