The New World Order (commonly abbreviated NWO, in logo stylized as nWo) is a professional wrestling stable that originally consisted of Hollywood Hulk Hogan, Kevin Nash and Scott Hall. They are best known for their appearances in World Championship Wrestling (WCW) and the World Wrestling Federation/Entertainment (WWF/E) throughout the 1990s and 2000s. The stable originated in WCW with the gimmick of a group of unsanctioned wrestlers aiming to "take over" and control WCW in the manner of a street gang; the group's initial three members and several others had gained fame in the rival WWF, although this connection was only implied. The group later appeared in the WWF (now known as WWE) after the purchase of WCW by the WWF. A similar group, known as The Band (which would later become interchangeable with the alias "The Wolfpac," a division of the nWo in WCW), appeared on Total Nonstop Action Wrestling (TNA) in 2010; although a resurrection of the nWo was implied, this group was never billed as such, since WWE owns the rights to this trademark. The original nWo did in fact reunite in 2014-2015 in WWE.

The nWo angle became one of the most influential forces in the mid-to-late 1990s success of WCW, and was instrumental in turning mainstream North American professional wrestling back into a more mature, adult-oriented product. Based on the Universal Wrestling Federation invasion angle in New Japan Pro Wrestling, and fueled initially by the unexpected heel turn of Hulk Hogan, the nWo storyline is generally considered one of the most successful angles in the history of modern-day professional wrestling, spawning several imitations and parodies (including groups such as bWo, lWo and oWn). It dominated WCW programming throughout the late-1990s and almost until the dissolution of WCW in 2001, during which time there were several, sometimes rival incarnations of the group. 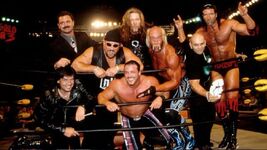 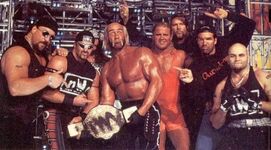 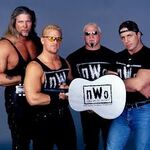 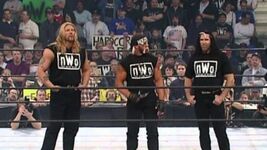 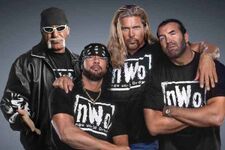 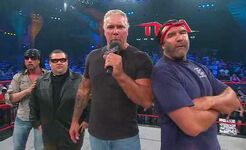 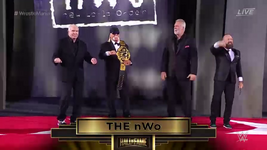