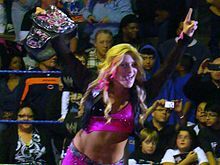 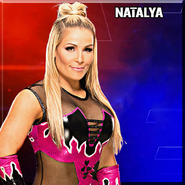 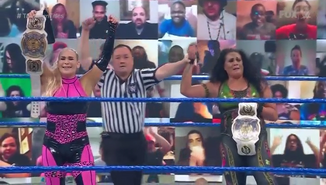 Natalie Katherine "Nattie" Neidhart (born May 27, 1982) is a Canadian professional wrestler. She works for WWE under the ring name Natalya.

The first third-generation female wrestler in the world, Neidhart is a member of the Hart wrestling family. She trained in the Hart family Dungeon under the tutelage of her uncles Ross and Bruce Hart. In 2000 and 2001, she worked for the Matrats promotion, before debuting for Stampede Wrestling in 2003. In 2004 and 2005, she wrestled abroad in both England and Japan. In June 2005, she became the inaugural Stampede Women's Pacific Champion, and won the SuperGirls Championship the following year in October 2006.

In January 2007, she signed a contract with World Wrestling Entertainment (WWE) and spent time in the Deep South Wrestling, Ohio Valley Wrestling, and Florida Championship Wrestling (FCW) developmental territories. While in FCW, she managed her cousin, DH Smith, and her boyfriend, TJ Wilson. She debuted on the main roster in April 2008 as Natalya, allying herself with Victoria. The following year, she began managing Tyson Kidd, formerly TJ Wilson, and they were joined by David Hart Smith (formerly DH Smith) to form The Hart Dynasty. In September 2010, Natalya began focusing on singles competition, which culminated in her winning the WWE Divas Championship in November of that year. Since 2013, Natalya has been featured as one of the main cast of the Total Divas reality television show.