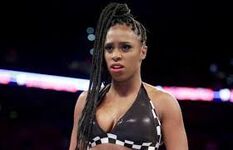 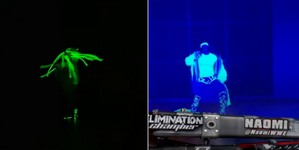 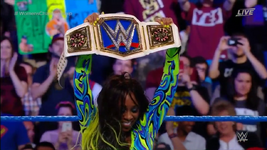 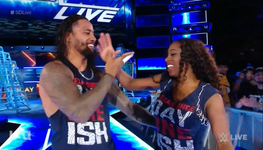 Trinity Fatu (née McCray; born November 30, 1987) is an American dancer, model, singer and professional wrestler who is currently signed with WWE under the ring name Naomi (shortened from Naomi Knight). In 2010, Naomi was part of the third season of NXT, where she came in second place. In 2012, Naomi joined Cameron in forming The Funkadactyls. Trinity was featured as one of the main cast members of WWE Total Divas for its first three seasons. Fatu is a member of the Anoaʻi family (through marriage to Jonathan Fatu, better known by his ring name, Jimmy Uso), a renowned Samoan-American wrestling dynasty.