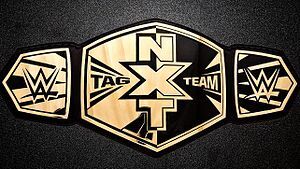 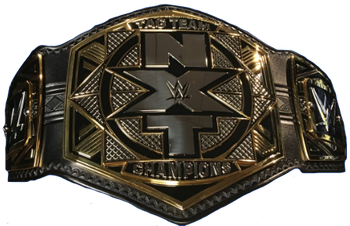 Introduced on January 23, 2013, the title was established as the men's tag team championship for NXT, which at the time was a developmental territory for WWE. The inaugural champions were British Ambition (Adrian Neville and Oliver Grey). Over the years, NXT grew to become WWE's third major brand, which became official in September 2019 when NXT was moved to the USA Network.

Vacated - May 15, 2019 - The War / Viking Raiders voluntarily relinquished the title as they were no longer part of NXT.

VACATED - April 8, 2022 - Vacated when Nash Carter was released from NXT