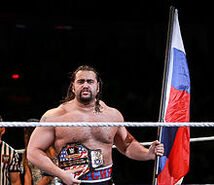 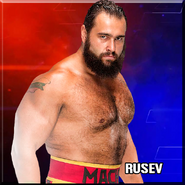 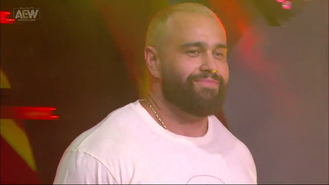 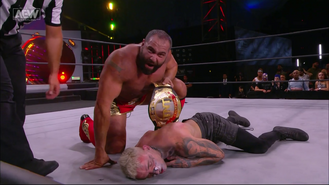 Miroslav Barnyashev (born December 25, 1984), is a Bulgarian-American professional wrestler currently signed to All Elite Wrestling (AEW) under the ring name Miro. He is best known for his 10-year career with the promotion WWE under the ring name Rusev; he was the first (and only) Bulgarian wrestler to have worked for WWE.

Barnyashev signed a contract with WWE in 2010 and was assigned to Florida Championship Wrestling and WWE NXT. Under the ring name of Alexander Rusev (later shortened to Rusev), he performed on NXT until 2014, when he and his manager Lana were called to WWE's main roster. Over the following six years, he held the WWE United States Championship on three occasions. Barnyashev was released by WWE in April 2020, after which he began hosting a streaming channel on Twitch as "Miro". He returned to professional wrestling in September 2020, debuting in AEW.