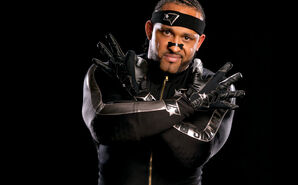 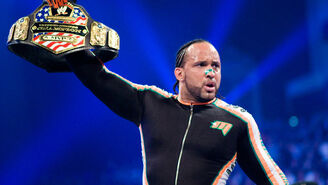 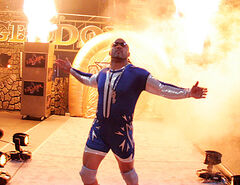 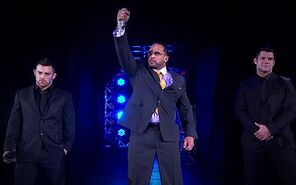 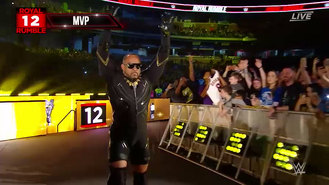 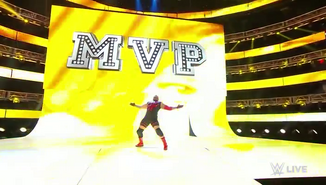 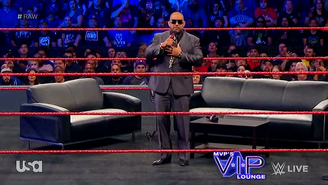 Hassan Hamin Assad (born Alvin Antonio Burke Jr; October 28, 1973) is an American professional wrestler better known by his ring name Montel Vontavious Porter (often shortened to MVP) who is currently appearing for WWE. He is best known for his work with World Wrestling Entertainment (WWE) from 2006 to 2010. He is also known for his work in Impact Wrestling and New Japan Pro Wrestling. Assad was trained by former professional wrestlers Soulman Alex G and Norman Smiley. Following the completion of his training, Assad began wrestling for numerous independent promotions, including a stint in TNA. During his time in these promotions, he won various championships in singles competition.

Assad signed with WWE in 2005 and was assigned to Deep South Wrestling (DSW), one of the company's developmental territories. After being promoted to the SmackDown! brand, Assad made his WWE wrestling debut in October 2006. In May 2007, he won the United States Championship, giving him his first title reign with the company. That same year, he captured the WWE Tag Team Championship alongside Matt Hardy. Assad won the United States Championship for a second time in March 2009. Following his tenure in WWE, Assad joined NJPW in February 2011. He spent the next two years with the promotion, becoming the inaugural IWGP Intercontinental Champion in May 2011.

At the January 30, 2014, tapings of Impact Wrestling, Assad returned to TNA using the MVP name, revealing himself to be the storyline "investor" responsible for signing The Wolves and counteracting Dixie Carter's agenda in recent weeks, establishing himself as a face. On July 17, 2015, MVP officially left TNA. He was reportedly released in the fallout of a contract dispute between TNA and Lucha Underground. MVP had pushed for TNA to sign Hernandez, even though he was at the time still under contract to Lucha Underground. When Lucha Underground contacted TNA, they released Hernandez and were forced to re-edit all segments he had been involved in at the past tapings.

On January 26, 2020 at Royal Rumble, MVP was a surprise entrant in the men's Royal Rumble Match, entering at number 12, where he was quickly eliminated by Brock Lesnar. He competed the next night on Raw, losing to Rey Mysterio. MVP brought back his talk segment "The VIP Lounge" for the first time in a decade on the January 10 2020 episode of Raw interviewing Drew McIntyre.