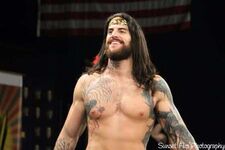 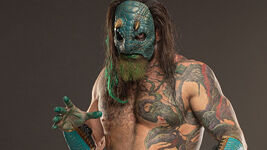 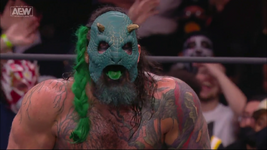 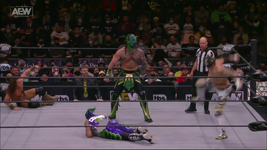 Austin Matelson (born March 10, 1985) is an American professional wrestler and television personality currently signed to All Elite Wrestling (AEW). He is best known for his work in Lucha Underground as Vibora and also works the independent circuit and AEW as Luchasaurus. He was signed to WWE where he wrestled under the ring name Judas Devlin in NXT. He was a house-guest on the reality competition, Big Brother 17, in which he placed 5th. Matelson attended California State University, Northridge where he received a bachelor's degree and a master's degree in medieval history.