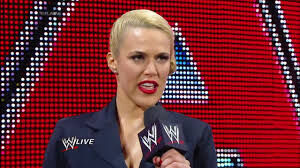 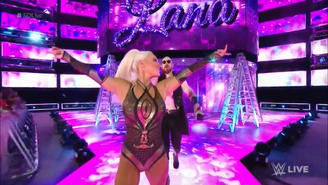 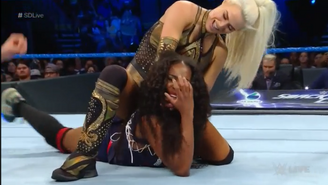 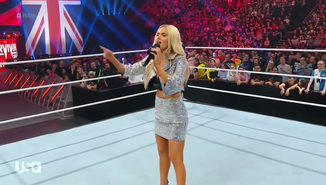 In June 2013, Perry revealed that she had been signed to WWE and was sent to their developmental branch NXT. She debuted on the October 23, 2013 episode of NXT, under the ring name "Lana", scouting Alexander Rusev. On the November 6 episode of NXT, Lana became Rusev's "social ambassador", using a Russian accent and developing a character who majored in Foreign Affairs and Business and Social Media Marketing in college. Lana made her main roster debut on the January 31 episode of SmackDown, where she and Rusev in the following weeks appeared in a series of self-promotional videos and speeches. Throughout her WWE Career Lana became an accomplished in ring performer and one of the stars of WWE Total Divas. On June 2, 2021, Lana was released by WWE cited as a budget cut.