he Ladies Professional Wrestling Association (LPWA) was a women's professional wrestling promotion which operated in the early 1990s (ca. 1989–1992). It was considered a successor to such women's promotions as Gorgeous Ladies of Wrestling (GLOW), but it differed in that, while GLOW slanted more toward WWF-style sports entertainment (with wrestling playing a secondary role to music video clips and comedy skits), the LPWA treated its product seriously and put its primary emphasis on in-ring athletics.

Thurston John "Tor" Berg (1938–2011) founded the company ca. 1989. An incident occurred in March 1991, where Berg promised Jumping Bomb Angels member Noriyo Tateno that he would give her a permanent job in the new company if she retired in Japan and moved to the United States. Berg, however, later backed out on the deal, and Sherri Martel made the incident public.

The LPWA produced two television series, The Super Ladies of Wrestling and Ladies Championship Wrestling from 1990 to 1992. Many of their matches were also distributed and sold on VHS tapes. They held their first and only pay-per-view, Super Ladies Showdown, on February 23, 1992 before closing down operations shortly after. 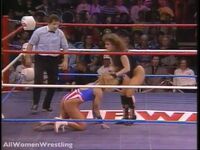 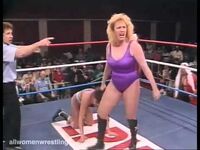 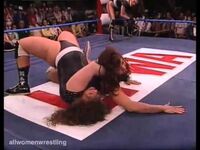 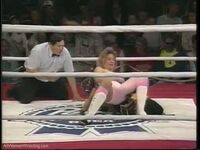