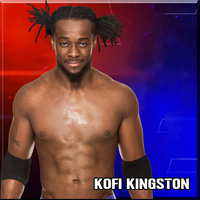 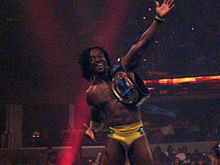 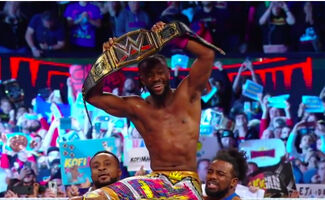 Kofi Nahaje Sarkodie-Mensah (born August 14, 1981) is a Ghanaian-American professional wrestler. He is signed to WWE under the ring name Kofi Kingston.

Since debuting in WWE, Kingston has won ten championships. He is a four-time WWE Intercontinental Champion, a three-time WWE United States Champion, a two-time WWE Tag Team Champion (once with Evan Bourne as Air Boom and once with R-Truth) and a one time World Tag Team Champion with CM Punk. He is also well known for his stand out moments in battle royal matches. Kingston was originally billed from Jamaica until he accidently dropped his accent during a promo. Whilst still sporting Jamaican colors, he was then billed from Africa.