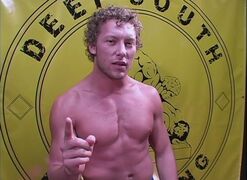 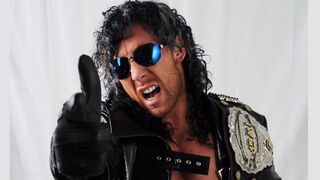 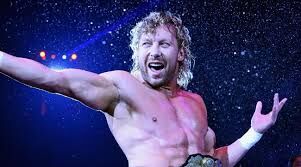 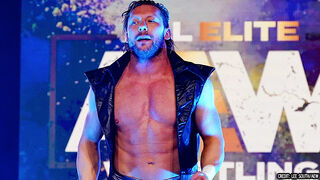 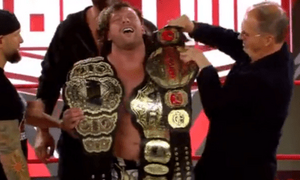 Tyson Smith (born October 16, 1983) is a Canadian professional wrestler, best known by his ring name Kenny Omega. He is signed to New Japan Pro Wrestling (NJPW), where he is the inaugural IWGP United States Heavyweight Champion. In NJPW, he is also a former one-time IWGP Intercontinental Champion, two-time IWGP Junior Heavyweight Champion, one-time IWGP Junior Heavyweight Tag Team Champion, and a two-time NEVER Openweight 6-Man Tag Team Champion. He is also a one-time winner of NJPW's premier tournament, the G1 Climax, having won it in 2016 and being the first non-Japanese wrestler to do so. He also appears for the American promotion Ring of Honor (ROH).

He has wrestled in several North American independent promotions, including California-based Pro Wrestling Guerrilla, where he is a former PWG World Champion and winner of the 2009 Battle of Los Angeles tournament, Jersey All Pro Wrestling, and Canada-based Premier Championship Wrestling.

In NJPW and ROH, Omega is a member of Bullet Club and has served as the stable's fourth leader from January 5, 2016, following the departure of previous leader A.J. Styles. He is also one third of the Bullet Club sub-group The Elite, along with The Young Bucks (Matt Jackson and Nick Jackson), with whom Omega has held the NEVER Openweight 6-Man Tag Team Championship twice.

Omega has been regarded as one of the world's premier professional wrestlers, with his title matches for the IWGP Heavyweight Championship against Kazuchika Okada at Wrestle Kingdom 11 and Dominion 6.11 in Osaka-jo Hall earning a respective six and 6¼ stars from Dave Meltzer of the Wrestling Observer Newsletter.