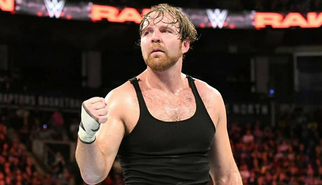 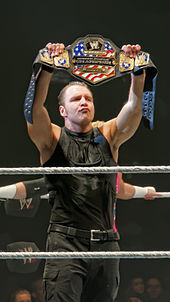 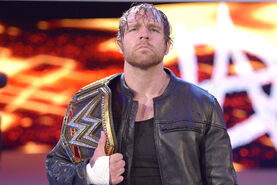 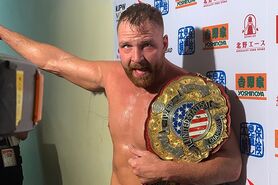 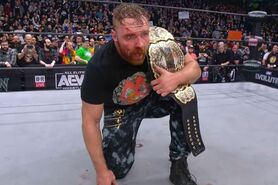 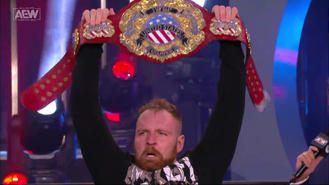 Jonathan David Good (born December 7, 1985) is an American professional wrestler and actor currently signed to All Elite Wrestling (AEW), where he performs under the ring name Jon Moxley. He also makes appearances in New Japan Pro Wrestling (NJPW), where he won the IWGP United States Champion and became the first person to win the WWE and IWGP Versions of the United States Championship. He is also known for his time with WWE, where he performed as Dean Ambrose from 2011 to 2019. He is also known for his work on the independent circuit as Jon Moxley between 2004 and 2011, and worked for various promotions including Full Impact Pro (FIP), Combat Zone Wrestling (CZW), and Dragon Gate USA (DGUSA), winning the FIP World Heavyweight Championship once and the CZW World Heavyweight Championship twice.

After signing with WWE, Good, as Dean Ambrose, competed in their developmental territories Florida Championship Wrestling and NXT until 2012. He joined the main roster in November 2012 as a member of The Shield with Roman Reigns and Seth Rollins. Ambrose won his first championship in WWE while in the group, the United States Championship, with his 351-day reign being the longest under the WWE banner. Following The Shield's breakup, Ambrose went on to become a one-time WWE World Heavyweight Champion, a three-time Intercontinental Champion, and a two-time Raw Tag Team Champion (with Rollins). He was also the 2016 Money in the Bank Match winner, cashing in his contract on Rollins later that night to become WWE World Heavyweight Champion. Upon winning the Raw Tag Team Championship in August 2017, Ambrose became the 27th Triple Crown Champion and the 16th Grand Slam Champion.