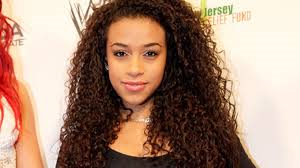 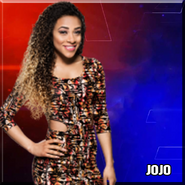 Joseann Alexie Offerman (born March 10, 1994) is an Dominican-American ring announcer, valet, former professional wrestler and singer. She was signed to WWE under the ring name JoJo. She was part of the E! Network reality television show WWE Total Divas during the first season, which aired in 2013.

At just 19 years old, Offerman made her main roster debut under the ring name "JoJo" on the June 26, 2013, episode of WWE Main Event, singing the entrance theme for Tons of Funk alongside The Funkadactyls (Cameron and Naomi). Her version of the song was later released on iTunes. The following week on Raw, JoJo appeared in a backstage segment also involving The Bella Twins, Natalya, The Funkadactyls, and Eva Marie.

On the August 26 episode of Raw, JoJo served as the special guest ring announcer during a singles match between Natalya and Brie Bella. After the match, WWE Divas Champion, AJ Lee interrupted Brie Bella's victory celebration by cutting a worked shoot promo on the cast of Total Divas.

JoJo later moved to WWE's developmental territory NXT in late 2013, after it was confirmed she would not be returning to Total Divas for its second season. She subsequently became the ring announcer for NXT. In April 2015, JoJo was promoted to the main roster and began serving as the regular ring announcer on Main Event, SmackDown , Raw and pay-per-views as well as a backstage interviewer.