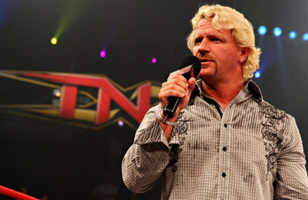 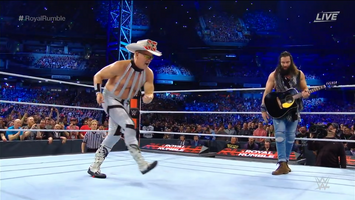 Jeffrey Leonard "Jeff" Jarrett (born July 14, 1967) is an American professional wrestler, wrestling promoter and founder of Total Nonstop Action Wrestling (TNA), which he co-founded along with his father, Jerry, and more recently, Global Force Wrestling (GFW). He is well-known from his multiple runs in World Championship Wrestling (WCW) and World Wrestling Federation (WWF) during the 1990s.

He achieved notable championship success in the World Wrestling Federation (WWF), becoming a six-time Intercontinental Champion (a record from 1999–2004), and one of three men to hold both the Intercontinental and European Championships simultaneously. He is the first wrestler to be a two-time King of the Mountain, and also won Mexican promotion Asistencia Asesoría y Administración's (AAA) Rey de Reyes tournament in 2004. Between the WWF, WCW, TNA, and AAA Jarrett has held 11 World Championships and 24 total championships.