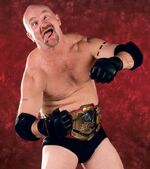 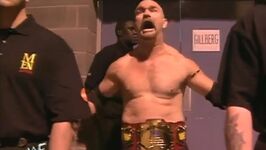 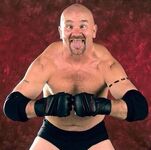 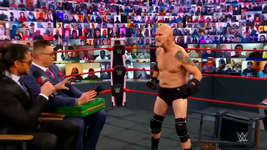 Duane Gill (born July 10, 1959) is an American professional wrestler, best known for his appearances in the World Wrestling Federation (WWF) under the ring name Gillberg, a parody of then-rival promotion World Championship Wrestling's top star Goldberg. During his tenure in the WWF, Gill became a one time Light Heavyweight Champion. He would go on to hold the title for 15 months, becoming the longest reigning Light Heavyweight Champion as recognized by WWE. Even after his initial release he has made several comedy appearances throughout the years even confronting Goldberg on two occasions.