Nicolas Dansereau (born July 20, 1987), better known as Evil Uno, is a Canadian professional wrestler. He is currently signed to All Elite Wrestling (AEW), where he is part of the Dark Order stable.

Formerly known as Player Uno, he regularly teamed with Stu Grayson as the Super Smash Brothers for various independent promotions across North America, including Alpha-1 Wrestling, Capital City Championship Combat (C*4), Inter Species Wrestling (ISW), and California-based Pro Wrestling Guerrilla (PWG). Together, they are former one-time Chikara Campeones de Parejas, one-time PWG World Tag Team Champions and winners of PWG's 2012 Dynamite Duumvirate Tag Team Title Tournament. Evil Uno and Stu Grayson made their surprise debut as The Dark Order at AEW Double or Nothing 2019, appearing at the conclusion of the match between Best Friends and Angélico and Jack Evans. After the match was over, the lights went out and when they came back on, Uno and Grayson were in the ring. The lights went out a second time and when they came back on, masked henchmen surrounded the ring. The Order then attacked all four men. After the attack, the lights went out again and they disappeared. 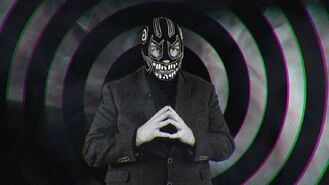 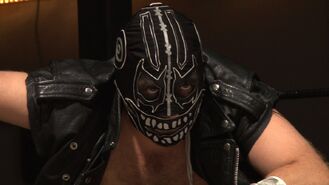