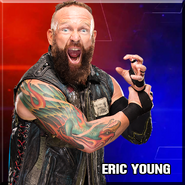 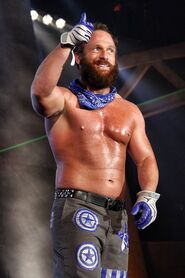 Jeremy Fritz (born December 15, 1979) is a Canadian professional wrestler and television personality, best known under his ring name Eric Young. He is best known fr his time in Total Nonstop Action Wrestling (TNA) where he is considered an Original as well as an unsuccessful stint in WWE. He is also the host of Animal Planet's Off the Hook: Extreme Catches and No Limits programs. In April 2016 he left TNA and signed with WWE.

Young made his WWE and NXT debut as a face on the May 4, 2016 episode getting involved in a promo with Samoa Joe.