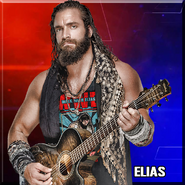 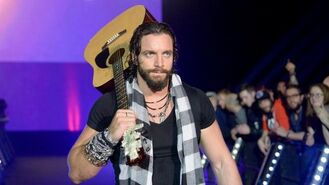 Logan Shulo (born November 22, 1987) is an American professional wrestler. He is signed to WWE, where he performs in their developmental territory NXT under the ring name Elias Samson. In early 2014, Shulo was signed to a developmental deal by WWE and adopted the new ring name Elias Sampson, later tweaked to Elias Samson. He made his NXT debut at the 24 April 2014 tapings, working as an enhancement talent and teaming with Buddy Murphy in a losing effort against The Ascension. Samson was then used sporadically on television throughout 2014 and early 2015, mostly appearing as enhancement talent to wrestlers such as Baron Corbin. In August 2015, Samson debuted a new drifter musician character in a match taped prior WWE NXT Takeover Brooklyn, approaching the ring with a guitar before being defeated by a returning Bull Dempsey.