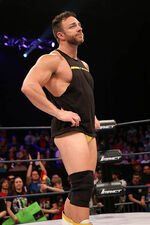 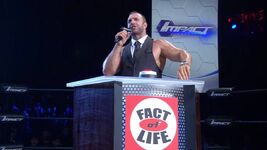 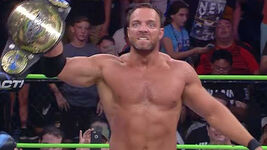 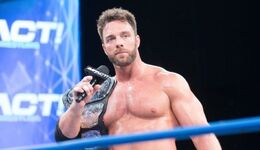 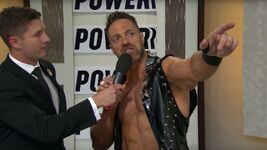 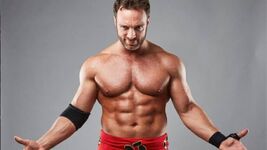 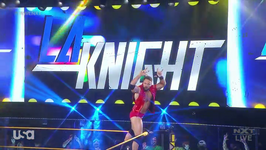 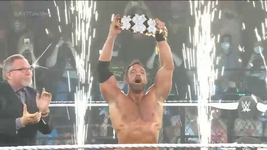 Shaun Ricker (born November 1, 1982) is an American professional wrestler best known for his tenure in Total Nonstop Action Wrestling and the National Wrestling Alliance under the ring name Eli Drake he was previously signed to WWE under the NXT brand. Ricker appeared as a cast member on the TNT reality series The Hero, hosted by Dwayne Johnson before signing with TNA.

Ricker made his first World Wrestling Entertainment appearance in 2006, teaming up with Jon Moxley to take on the Big Show. His second appearance was in 2008 in a dark match on the ECW program, teaming with Gene Snitsky in a losing effort against Cryme Tyme.

In May 2013, Wrestling Observer Newsletter reported that Ricker, along with several other independent wrestlers, was undergoing the necessary medical testing required to be signed to WWE. He reported to The WWE Performance Center. Using the new ring name Slate Randall, Ricker defeated Yoshi Tatsu in a dark match at the October NXT television tapings. On August 1, 2014, he was released from his WWE contract.

On February 16, 2015, Ricker participated in TNA One Night Only's TNA Gut Check tournament, where he defeated Crazzy Steve to qualifie for the final match of the night which was a five-way elimination match which was won by Tevita Fifita. On March 14, 2015, Ricker, under the name of Eli Drake, participated in the TNA Impact Wrestling tapings. Drake joined Drew Galloway and Mica (Fifita) in The Rising, defeating the Beat Down Clan.

On February 14, 2021, it was reported that Ricker had signed with WWE. Ricker debuted on the NXT TakeOver: Vengeance Day pre-show where it was revealed his new name would be LA Knight. Later on in the night, Knight was seen in William Regal’s office signing his contract thus making him an official member of the NXT roster.