Adam Joseph Copeland (born 30 October 1973) is a Canadian actor and retired professional wrestler. He is best known for his time with the American professional wrestling promotion WWE, where he performed under the ring name Edge.

Copeland was trained by professional wrestlers Sweet Daddy Siki and Ron Hutchinson. Throughout the 1990s, he wrestled in various U.S. independent promotions. During his time in these promotions, he competed in singles and tag team competition, the latter with long-time friend Christian. In 1997, Copeland signed a developmental deal with the WWF and began competing for the company later that year; he made his televised debut the following June under the ring name Edge. In July 1999, he won the WWF Intercontinental Championship at a house show in Toronto, making it his first title reign with the company. He and Christian, billed as brothers and later childhood friends in WWF/WWE storylines, went on to win the WWF Tag Team Championship on seven different occasions. During this time, they gained notoriety in the tag team division, partly due to their participation in Tables, Ladders, and Chairs matches.

Edge won 31 championships in WWE overall, including 11 world championships (the WWE Championship four times and the World Heavyweight Championship a record seven times), five Intercontinental Championships, one United States Championship, and 14 world tag team championships (a record 12 World Tag Team Championships and two WWE Tag Team Championships), thus making him the 14th Triple Crown and 12th Grand Slam Champion. He won the 2001 King of the Ring Tournament, was the first Money in the Bank Match winner in 2005, and won the Royal Rumble match in 2010, making him the first wrestler in history to achieve all three of those accomplishments. He headlined many major pay-per-view events for WWE, including WWE WrestleMania 24. He was inducted into the WWE Hall of Fame by Christian in 2012. Critics and fans alike have regarded Edge as one of the most decorated and greatest professional wrestlers of all time.

Aside from professional wrestling, Copeland appeared in the fantasy film Highlander: Endgame and WWE Studios' Bending the Rules. He has made guest appearances on television shows such as The Weakest Link, Mind of Mencia, Deal or No Deal, and MADtv. He currently appears on the SyFy series Haven as recurring character Dwight Hendrickson. 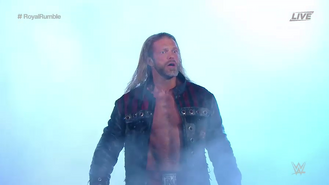 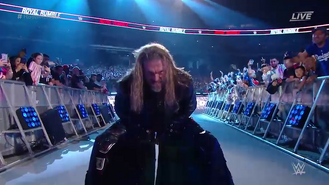 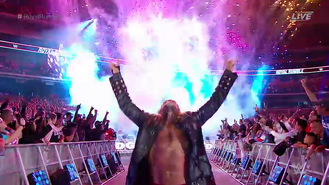 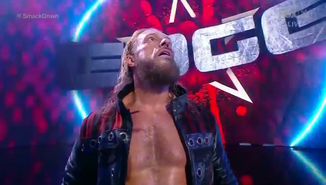 At WWE SummerSlam 2019, in his hometown of Toronto, Canada, Edge interrupted Elias' performance and performed a spear on him, engaging in physical wrestling for the first time since his retirement. This sparked rumours that Edge had been medically cleared to wrestle, which he denied.

However, at the WWE Royal Rumble 2020, Edge entered into the Royal Rumble Match, therefore competing his first professional wrestling match after a nine-year retirement. He eliminated three participants, before being eliminated by Roman Reigns.