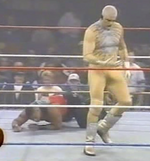 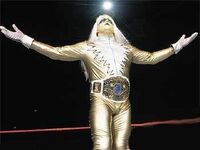 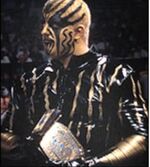 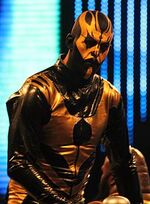 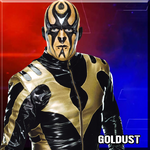 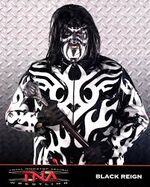 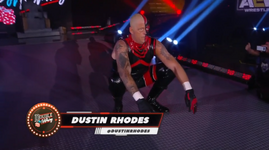 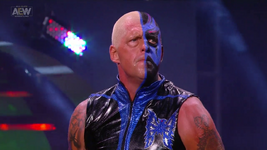 Dustin Patrick Runnels, (born April 11, 1969) better known by his ring names Goldust and Dustin Rhodes, is an American professional wrestler who is best known for his work in WWE, WCW, TNA and AEW. Dustin Runnels' enigmatic, sexually ambiguous gimmick of "Goldust" has frequently been praised as one of the central figures of the Attitude Era—which was a period of very adult content in the WWF/WWE. Among the other names Runnels has performed under are Black Reign and Seven. Runnels is the son of WWE Hall of Famer Dusty Rhodes.