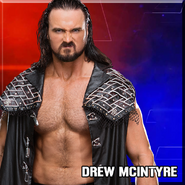 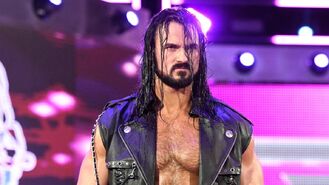 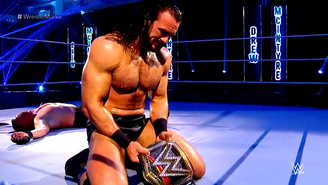 After touring the independent circuit around the British Isles for several years, Galloway signed with WWE and moved to the United States in 2007. Following a brief stint on the SmackDown brand, he spent two years in the developmental territories known as Ohio Valley Wrestling and Florida Championship Wrestling, winning the Heavyweight and Tag Team Championships later, before returning to SmackDown and quickly winning the WWE Intercontinental Championship. In 2010, he held the WWE Tag Team Championship with Cody Rhodes. McIntyre then experienced a dramatic plunge down the card. In late 2012, he became a member of Heath Slater's 3MB faction before being released in June 2014.

He subsequently began competing both on the American independent circuit and in British wrestling promotions, winning the Evolve Championship in August and the Insane Championship Wrestling (ICW) Heavyweight Championship in November Under Galloway, both the Evolve and ICW Championships became 'World' Championships due to numerous international defenses. In April 2015, Galloway became the first person to hold the DGUSA Open the Freedom Gate Champion and Evolve World Champion.

Galloway returned to WWE in April 2017 and joined the developmental brand NXT, first appearing at NXT TakeOver: Orlando. He won the NXT Championship at NXT TakeOver: Brooklyn 3, becoming the first man to win the title in his TakeOver in-ring debut as well as the first WWE Superstar to hold it after having previously been on the main roster.