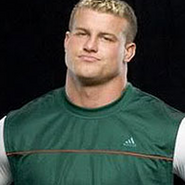 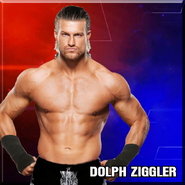 Nemeth signed a development contract with WWE in 2004, and was sent to Ohio Valley Wrestling(OVW). He was brought up to the Raw brand in 2005 as Kerwin White's sidekick. He was, however, sent back to OVW shortly afterwards, where he joined The Spirit Squad as Nicky. They debuted on WWE Raw in January 2006, and won the World Tag Team Championship once before returning to OVW that November. In September 2007, Nemeth was assigned to Florida Championship Wrestling (FCW), where he won the FCW Florida Tag Team Championship twice, with Brad Allen and later Gavin Spears.

Nemeth returned to the WWE main roster under his current ring name in September 2008. Since then, Ziggler has won the United States Championship once, the Intercontinental Championship four times, and was the 2012 Money in the Bank Match winner. He has also held the World Heavyweight Championship twice. He has been the sole survivor of two Survivor Series elimination matches at the 2012 and 2014 events, with the latter resulting in The Authority being removed from power. In 2014, Ziggler was named Rolling Stone's "WWE Wrestler of the Year'.