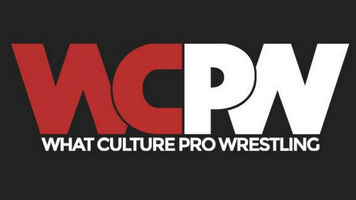 Defiant Wrestling formerly known as What Culture Pro Wrestling is a British independent wrestling promotion, founded in 2016 by the members of WhatCulture Wrestling, the YouTube subsidiary of WhatCulture.com as a result of the channel's burgeoning popularity.

Defiant holds live events available for viewing on the Defiant Wrestling YouTube channel. The events initially centered around the feud between Pacitti Club and BX as they fight over the WCPW World Heavyweight Championship as well dominance over the promotion and channel; both Blampied of BX and Jack King of Pacitti Club will select wrestlers to compete in scripted matches, with Adam Pacitti acting as general manager.

WCPW was revealed to the public via a YouTube video on May 25, 2016. Despite being in it's infancy, WCPW has attracted widespread attention for it's professionalism, quality of storylines, and roster, which comprises both homegrown and well known guest talent from around the world.

On July 19, 2016, it was announced that the weekly WCPW wrestling shows would be named 'Loaded'.

Follow the departure of Adam Blampied, Adam Pacitti, Jack The Jober and King Ross' departures from WhatCulture, Stu Bennett was announced to be the new general manager and the promotion was rebranded as Defiant Wrestling.