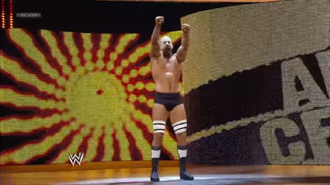 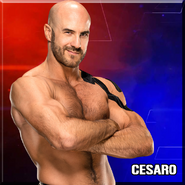 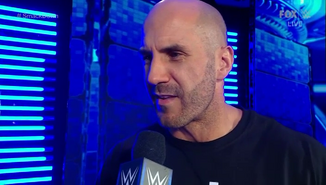 Claudio Castagnoli (born December 27, 1980), better known by his former ring name Antonio Cesaro and its current variation Cesaro, is a Swiss professional wrestler who is currently signed to WWE. He was previously known for his work in Ring of Honor (ROH), various independent promotions, and the Japan-based Pro Wrestling Noah.

Castagnoli is an accomplished tag team wrestler, being a two-time ROH World Tag Team Champion with his partner Chris Hero as the Kings of Wrestling (where their 364-day reign as champions was the longest in company history), as well various independent tag team titles both with Hero and with Ares as Swiss Money Holding, such as the Chikara Campeonatos de Parejas, the JCW Tag Team Championship and the CZW World Tag Team Championship. Castagnoli and Hero were voted as the 2010 Tag Team of the Year by Wrestling Observer Newsletter readers. He has also had success as a singles wrestler, having won the WWE United States Championship and the inaugural Andre the Giant Memorial Battle Royal at WWE WrestleMania 30 along with numerous independent singles titles, most notably the PWG World Championship.

Particularly in the United States, Castagnoli emphasizes his European origin as part of his wrestling gimmick to proclaim a superior intellect and fashion sensibility, not only by speaking five languages (English, German, Italian, French, and his native Swiss-German dialect), but also by regularly using the European uppercut.