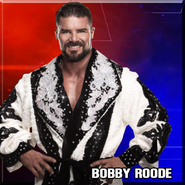 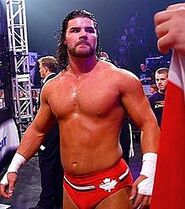 Robert Roode Jr. (born May 11, 1977) is a Canadian professional wrestler currently signed to WWE. He is best known for his 12-year tenure working for Total Nonstop Action Wrestling (TNA) from 2004 to 2016 as apart of TNA's version of Team Ccanada and Beer Money Inc.

All together, Roode won 11 championships during his career in TNA, and is considered a "TNA Original".