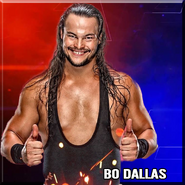 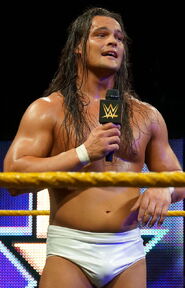 Taylor Michael Rotunda (born May 25, 1990) is an American professional wrestler. He is signed to WWE, where he is working at the main roster as Bo Dallas. He previously held the FCW Florida Heavyweight Championship three times and is a former two-time FCW Florida Tag Team Champion with his older brother Windham Rotunda, and was a former NXT Champion while at WWE's development territory NXT.