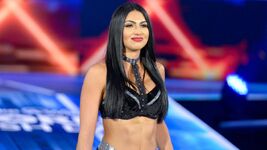 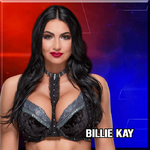 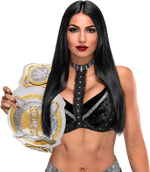 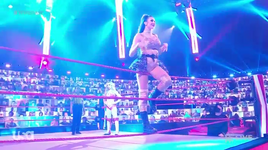 Jessica "Jessie" McKay (born 23 June 1989) is an Australian professional wrestler currently signed to WWE. She has wrestled in Australia, the United States, and Canada. In her native Australia, she is a former two-time PWWA Champion. In the United States, she has appeared in several independent promotions, most notably and commonly for Shimmer Women Athletes. She has been described as a fan favourite and a "girl next door" character.

McKay received a tryout with WWE during their tour of Australia in August 2014.[4] On 13 April 2015, WWE announced McKay as part of a new class of NXT trainees.[1] McKay made her televised in-ring debut on the 10 June episode of NXT, where she competed in a losing effort against Becky Lynch under the ring name Jessie.[6] On 7 August, she was given the new ring name Billie Kay.[41] After competing in most of her matches at NXT as a face,[42][43] Kay competed on her first match as a heel on the 21 October episode of NXT, losing to Asuka. n October, Kay started an alliance with real life best friend Peyton Royce, later dubbed The Iconic Duo.

Kay and Royce, now dubbed The IIconics made their debut on the main roster on the 10 April 2018 episode of SmackDown Live attacking then SmackDown Women's Champion Charlotte Flair, whilst she was cutting a promo about her match at WWE WrestleMania 34. At WWE WrestleMania 35 won the Women's Tag Team Championship for the first time, becoming only the second champions in the title's history.