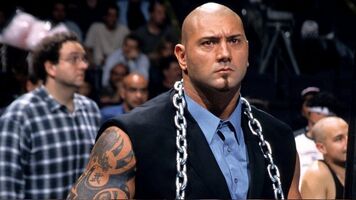 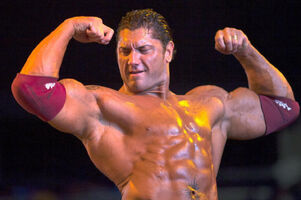 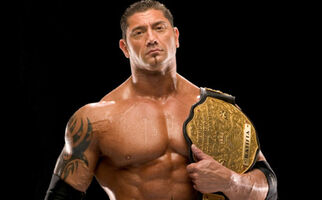 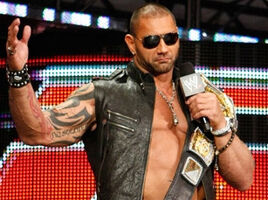 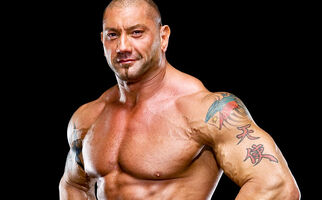 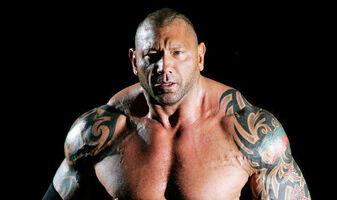 David Michael "Dave" Bautista Jr. (born January 18, 1969) is an American actor, former professional mixed martial artist, and former professional wrestler best known for his time in the WWE under the ring name Batista. He is a six-time world champion, winning the World Heavyweight Championship four times and the WWE Championship twice. He is the longest-reigning consecutive days World Heavyweight Champion in WWE history, and has won the World Tag Team Championship three times (twice with Ric Flair and once with John Cena) and the WWE Tag Team Championship once (with Rey Mysterio). He was the winner of the 2005 Royal Rumble Match and went on to headline WWE WrestleMania 21, one of the top five highest-grossing pay-per-view events in pro wrestling history. Batista also won the 2014 Royal Rumble match after which he headlined WWE WrestleMania 30

In August 2012, Batista signed a contract with Classic Entertainment & Sports to fight in mixed martial arts. He won his MMA debut on October 6, 2012, and defeating Vince Lucero via TKO in the first round. He was representing the Philippines. As an actor, Batista has starred in The Man with the Iron Fists in 2012, Riddick in 2013, Guardians of the Galaxy in 2014, and will appear in the Kickboxer reboot and 24th James Bond film, Spectre, due for release in 2015. He has also appeared in several direct-to-video films since 2009.